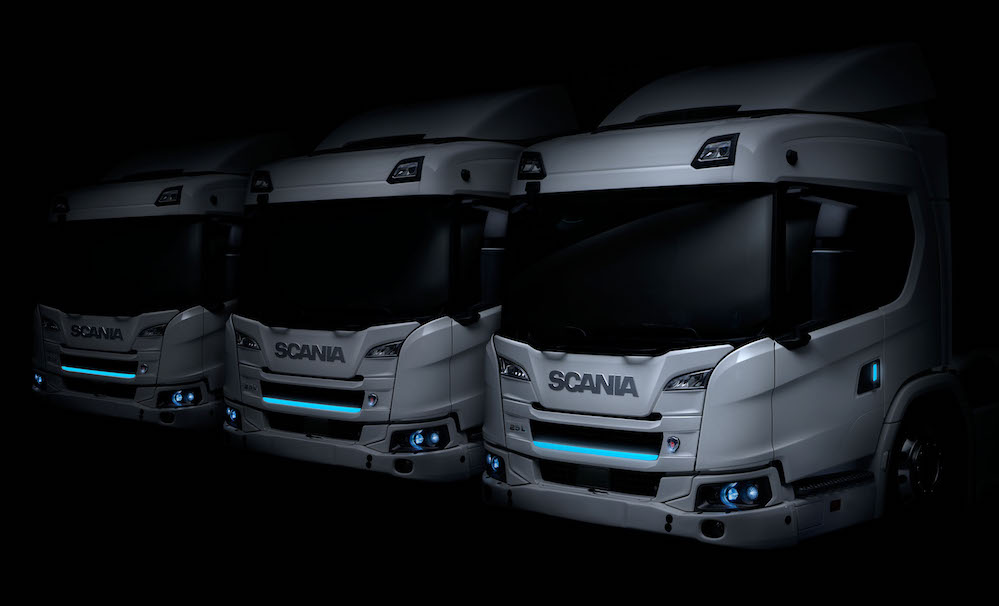 Scania is today launching its first series production range of electric trucks, a milestone in the company’s journey as it drives the transition to a more sustainable transport system. The vehicles in the new range – a fully electric truck and a high-performance plug-in hybrid – focus initially on urban applications, including distribution to retailers.

“It is with a great deal of pride that we announce the start of Scania’s long-term electrification commitment,” says Scania’s President and CEO, Henrik Henriksson. “Looking ahead, we will annually launch electrified products for our entire range, and we are presently reorganising our production towards that end. Of particular significance is that in a few years’ time we will also introduce long-distance electric trucks adapted for fast-charging during drivers’ compulsory 45-minute rest periods.”

For Scania (Great Britain) Limited, UK Sales Director Vincente Connolly adds: “With a proven record in delivering premium diesel and renewable fuel trucks, this launch marks a significant step in Scania’s development. Over the coming years, we will continue to develop our range of electrified vehicles for all applications, including long-haulage and construction. Electrification of the heavy commercial truck fleet is decisive in reaching the Paris Agreement target of limiting global warning to well below 2°C. E-vehicles will therefore increasingly become an attractive option and we will, in the initial stages, develop and deploy hybrid and fully electric trucks in partnership with progressive operators who share our ambition and commitment to sustainability.”

The Scania fully electric truck – offered in L- and P-series rigid format – is offered with either a 165 or 300 kilowatt hour (kWh) battery pack to power its 230 kilowatt (kW) electric motor, equal to approximately 310 horsepower. Five batteries are used for 165 kWh, with nine batteries employed for 300 kWh. With the combustion engine removed, one battery is placed in the former engine tunnel with the remaining four or eight batteries placed along the chassis side. In 300 kWh format, a range of up to 250 kilometres can be achieved on a single charge.

As the plug-in hybrid truck also has a combustion engine, the available space for batteries is less than the fully electric truck. The plug-in hybrid is equipped with three batteries for an installed capacity of 90 kWh for its 115 kW electric motor. The charging time from zero to 80 percent is approximately 35 minutes. In addition to charging via regenerative braking energy, battery power can also be topped up during loading and unloading. The electric powertrain is combined with combustion engine options ranging from 280–360 horsepower. The vehicle’s range in electric mode is 60 kilometres.

Both these technologies build upon the Scania’s modular system, with components tried-and-tested for durability and reliability throughout Scania’s truck range.

“Although electrified vehicles in certain aspects represent a new technology, we’ve taken all possible steps to ensure that we apply the same unwavering uptime criteria as for our other trucks,” says Anders Lampinen, Director, New Technologies for Scania CV AB. “Scania signifies premium quality and needless to say that characterises our electrified trucks as well.”

In addition to general cargo and temperature-controlled transport, e-trucks can be equipped with a wide range of bodywork, such as hooklifts, tippers, concrete mixers and refuse collectors, as well as secondary support vehicles for the emergency services. In support of operators looking to be early adopters of electric technology, Scania (Great Britain) Limited will initially be creating a series of regional servicing hubs strategically located throughout the UK. As uptake increases, additional servicing points will be added in accordance with demand.

“We are convinced that progressive customers will be eager to lead the way into electrification by taking the initial steps to future-proof their fleets,” says Vincente Connolly. “In major transport companies with large fleets, implementation gives them an early opportunity to gain experience in this area. Meanwhile, we know that large transport buyers are interested in reducing their carbon footprint.

“Both the plug-in and fully electric truck will be essential for operating in the growing number of urban areas around the world with low-emission city centre zones. They also provide opportunities for increased vehicle utilisation. With silent deliveries, transport services can be extended well into the night and early mornings, avoiding traffic congestion and parking difficulties. Studies show that off-peak deliveries can be more than 30 percent quicker than on equivalent daytime transport routes thanks to simpler parking at delivery points, less queuing, higher speeds and more frequent green lights at intersections.”

With the silent mode of both trucks and the remarkable acceleration of the the fully electric truck of 2,200 Nm torque, they offer a very different and exciting driving experience.

“We know that there are plenty of young and experienced drivers that will be attracted not only by tangibly contributing to sustainable transports but also by the opportunity to be among the first on the road with these trucks of the future,” concludes Vincente Connolly. 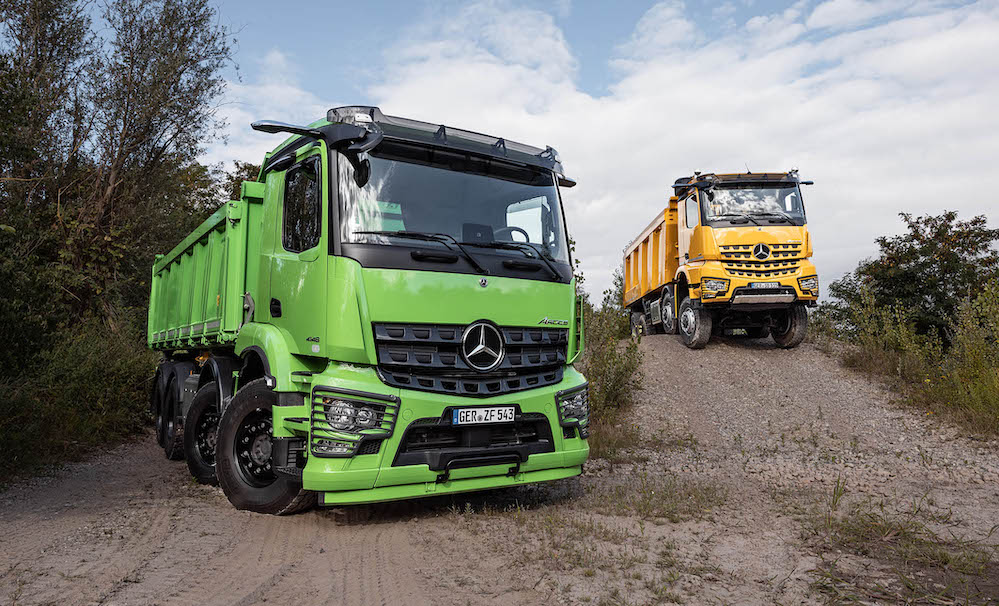 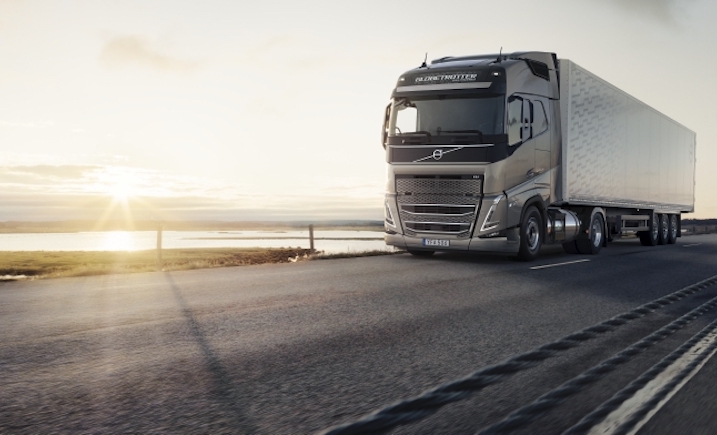 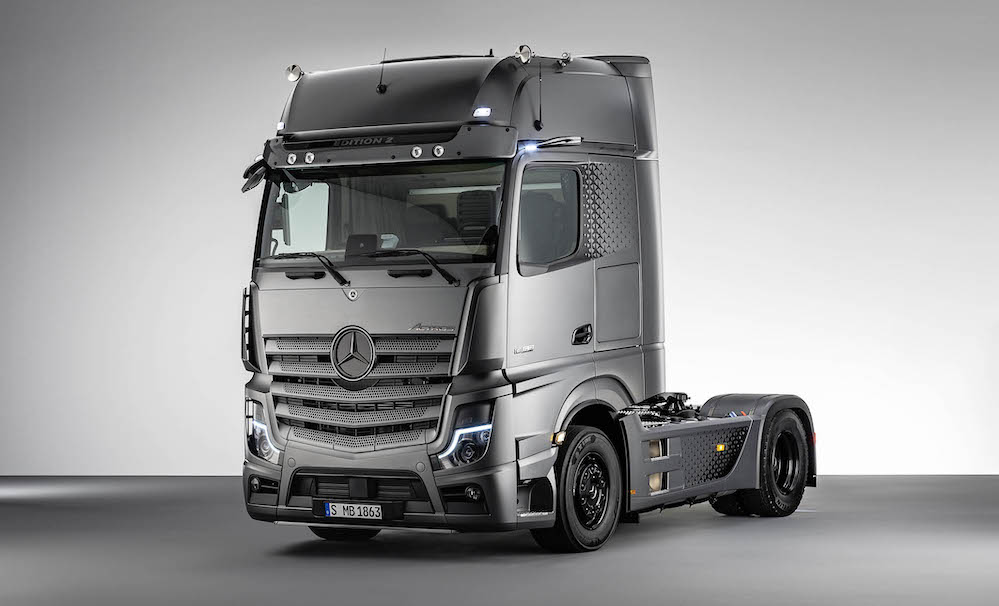