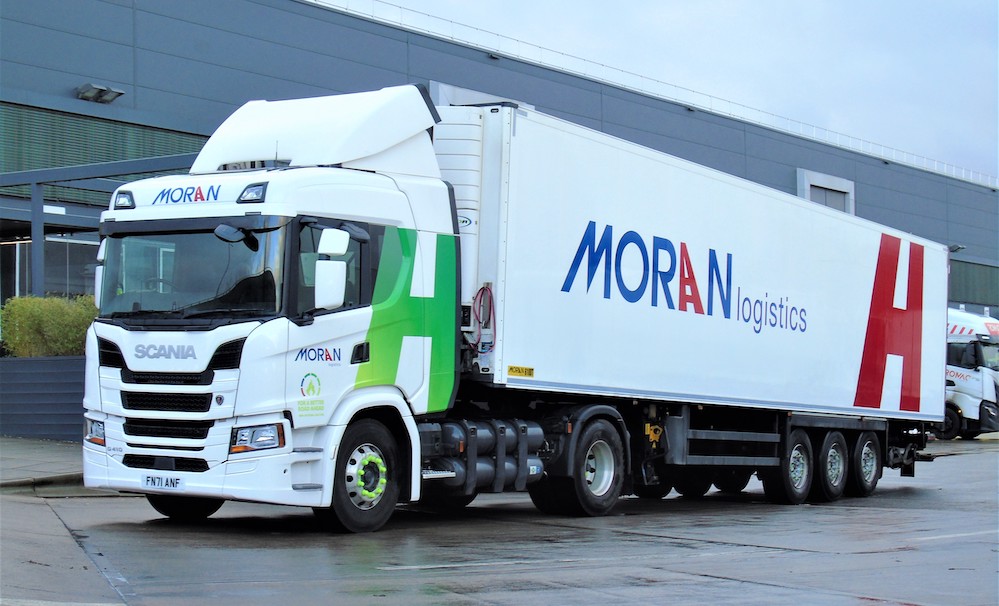 Temperature-controlled transport and warehousing specialist Moran Logistics has boosted sustainability for a key client by fitting Hultsteins’ Ecogen units to its gas-powered trucks. The company operates a pair of Scania tractor units, which run on CNG and are used to transport chilled produce from a national distribution centre to stores… Read more » 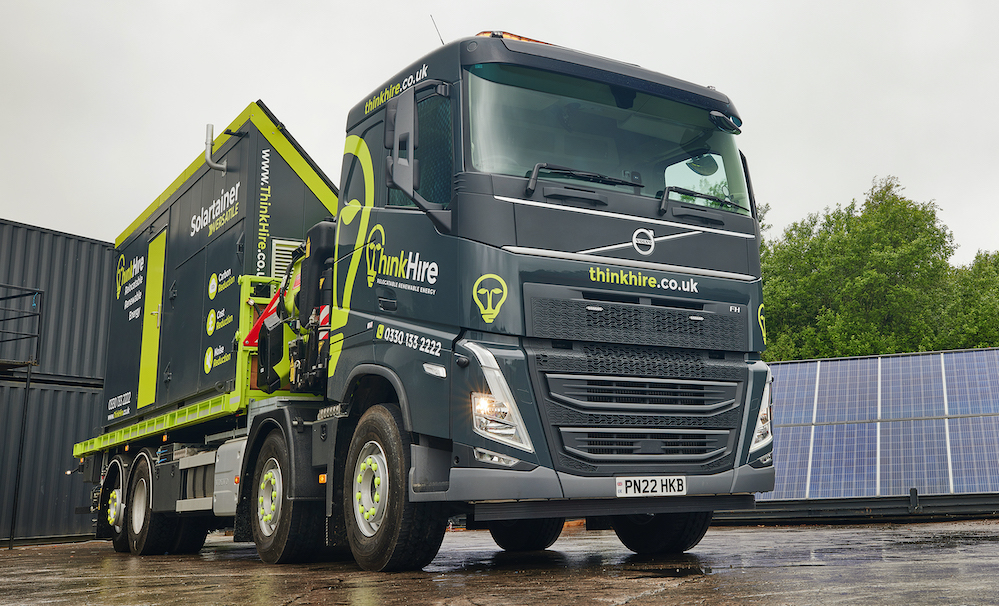 Renewable energy supplier Think Hire has put its first ever truck on the road – taking delivery of a new crane-equipped Volvo FH 460 8×2 rear-steer rigid to help the business keep pace with growing demand. The FH will be used to deliver the company’s own range of solar generators,… Read more » 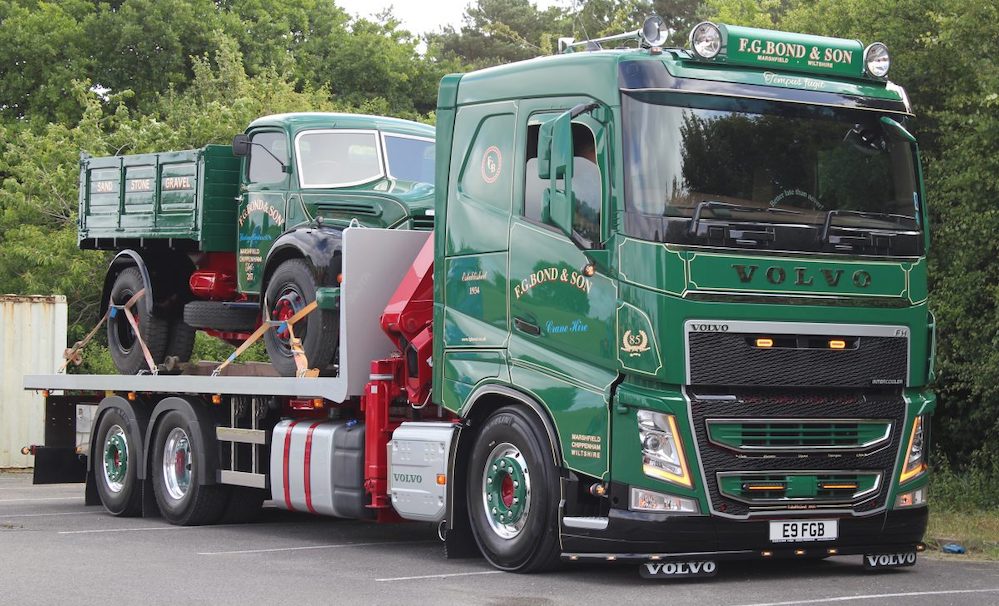 Family-run haulier FG Bond & Son has specified MICHELIN X Line Energy tyres as original equipment on its new Volvo FH 500, having been hugely impressed with the fuel savings the same tyres have delivered in the past. The Wiltshire-based business is taking advantage of the unrivalled sustainability benefits of… Read more » 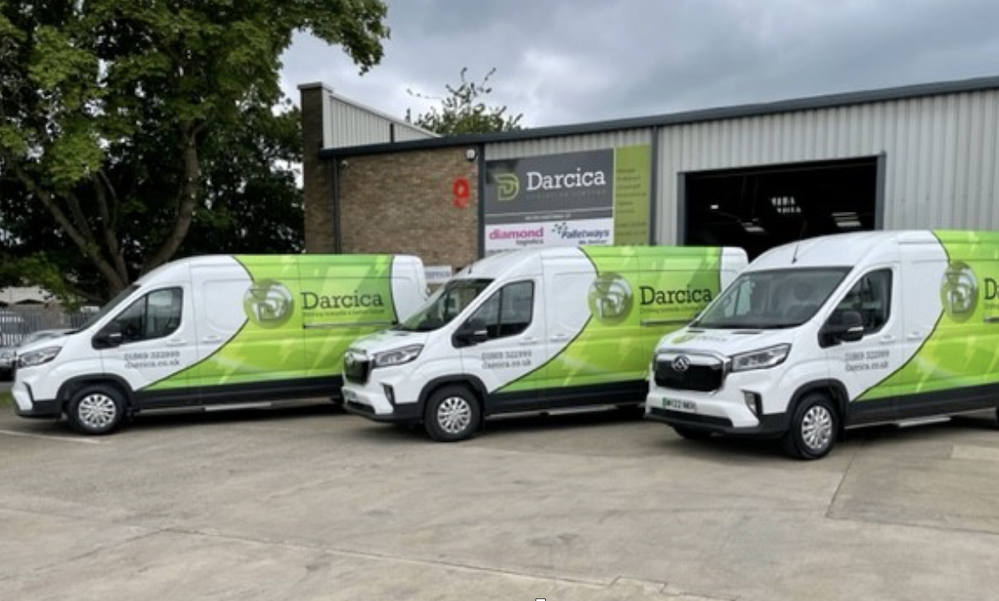 As more and more companies focus on sustainability, electric vehicles are becoming the go-to fleet option for businesses committed to lowering fuel costs and reducing their carbon footprint. It’s no surprise then, that environmentally-focused logistics business, Darcica Logistics Limited didn’t hesitate when it came to updating its fleet to electric… Read more » 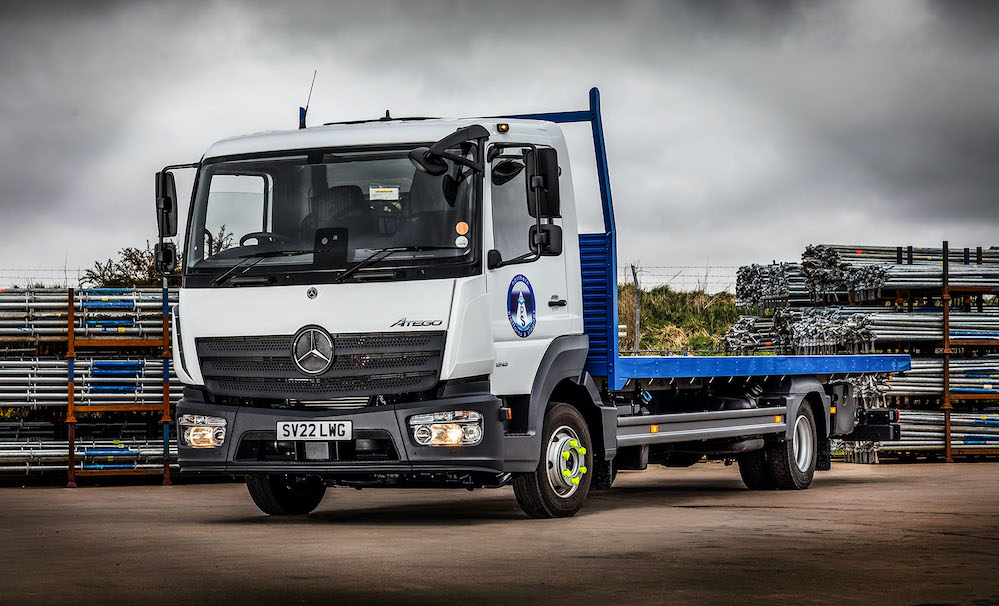 The dependable performance of its Mercedes-Benz trucks, coupled with positive feedback from their drivers, help to keep Northern Platforms & Stagings at the top of its game. So when the Aberdeenshire scaffolder needed another 7.5-tonner, its first call was to the manufacturer’s representative in the north of Scotland. The new… Read more » 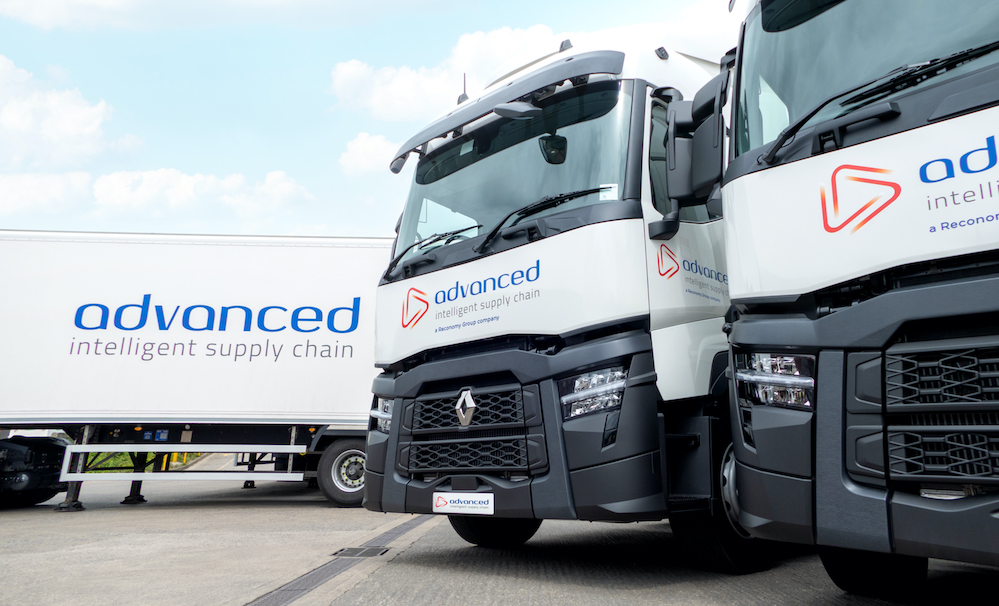 Advanced Supply Chain Group (ASCG) which specialises in the fashion retail logistics sector and counts ASOS, Next and Asda among its customers, has chosen the Renault T Evolution model due to its environmental benefits and interior improvements. Trevor Fallas, Group Head of Fleet & Compliance at ASCG said: “Like everybody else, we… Read more » 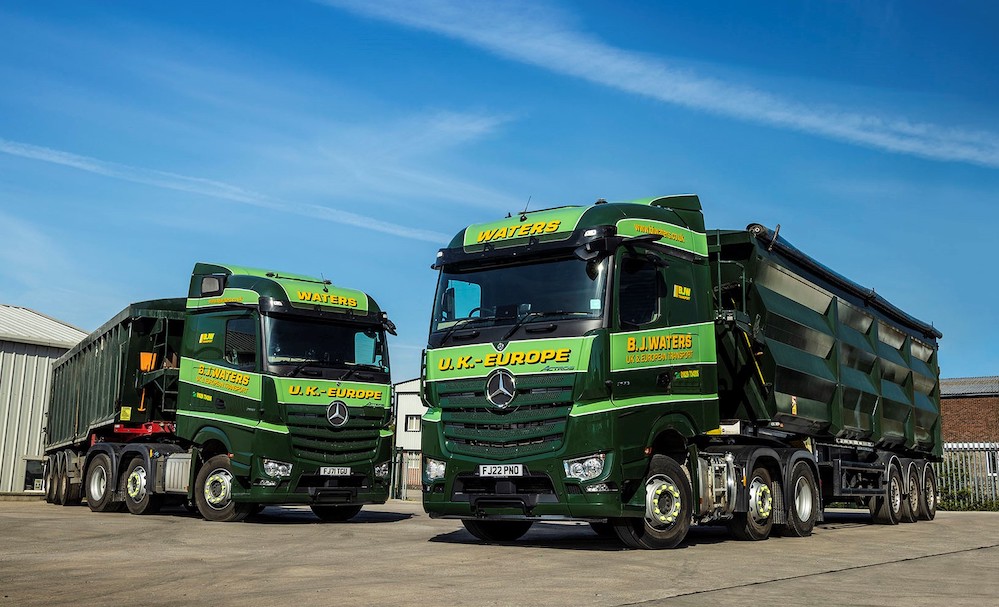 Bulk tipping and hazardous load specialist BJ Waters is running two new Mercedes-Benz Actros tractor units with resilient steel bumpers and raised ride heights designed to restrict damage when working on rough sites. The operator is based in Matlock, Derbyshire, and purchased the latest additions to its fleet from East… Read more » 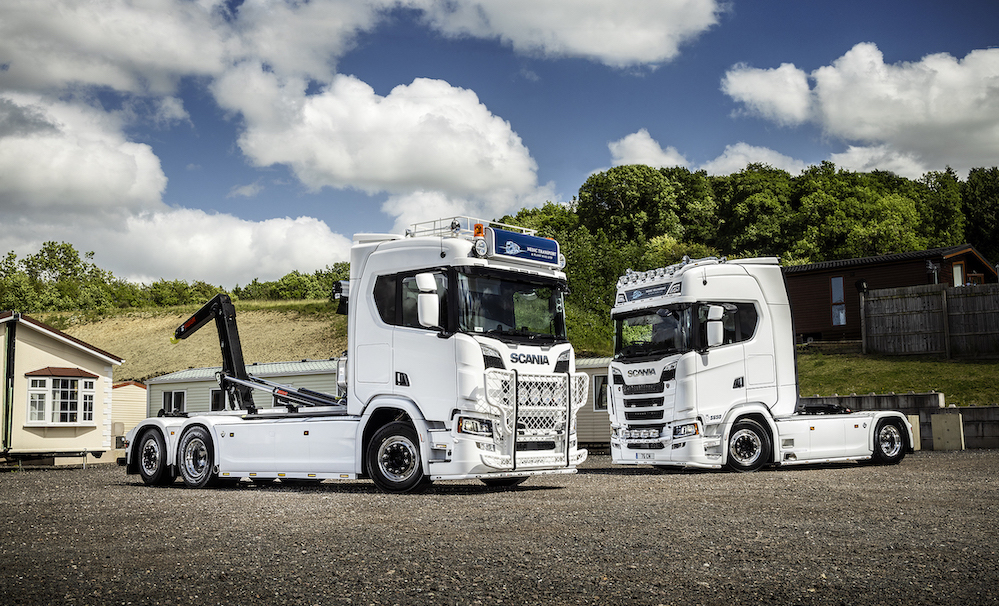 Wolverhampton-based Nedic Transport & Plant Hire, has invested in a brand-new Hiab MULTILIFT Ultima hookloader as part of its ongoing commitment to having a reliable and high-performing fleet of vehicles. The MULTILIFT Ultima 21S, which is part of Hiab’s next generation of hooklifts, has been specially fitted to the company’s… Read more » 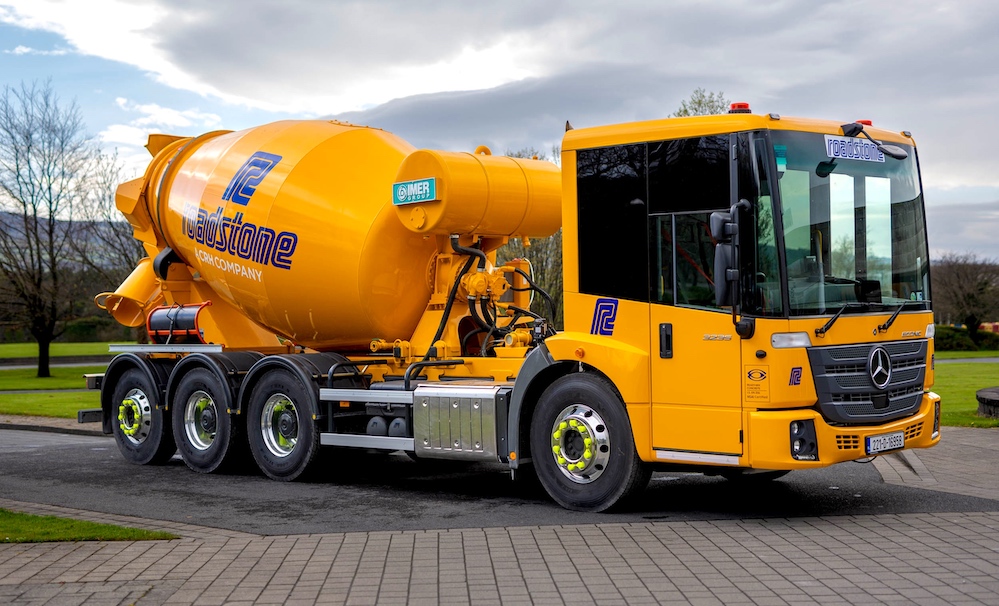 Leading building materials firm Roadstone, a CRH company, has enhanced its Irish fleet of heavy commercial vehicles with the recent addition of a new Mercedes-Benz Econic 3235L truck. The first of its kind in Ireland, the Econic low entry unit offers a new level of safety for operating a mixer truck in a city environment with an ideal driving position… Read more » 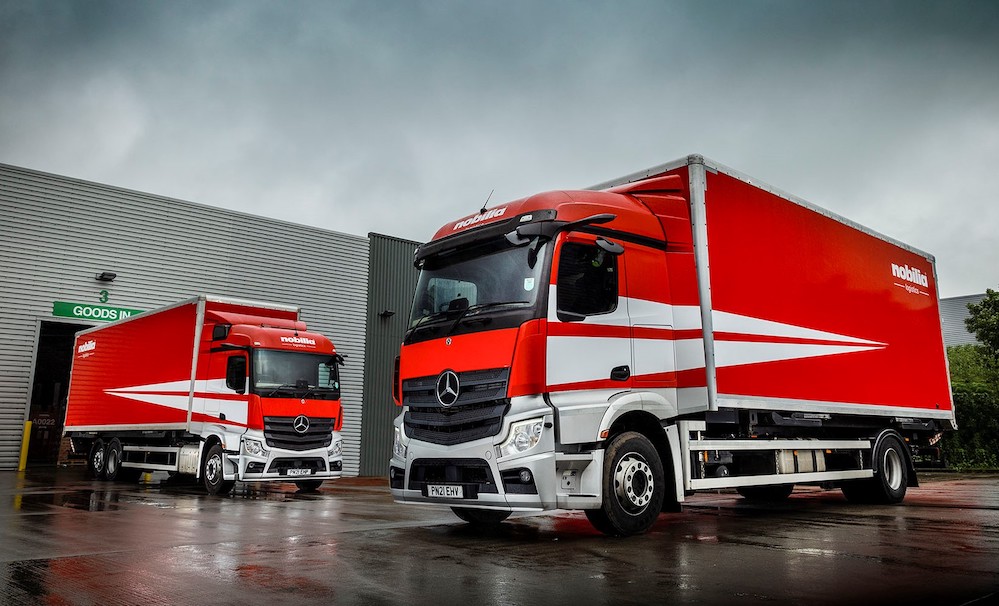 Nobilia Projects, the fast-growing British contracts division of Europe’s largest kitchen manufacturer, is reaping the benefits of a switch to Mercedes-Benz trucks. The seven Actros rigids are based at the 55,000 sq ft UK head office and distribution centre that Nobilia GB opened in 2018 on the Kingsway Business Park,… Read more »