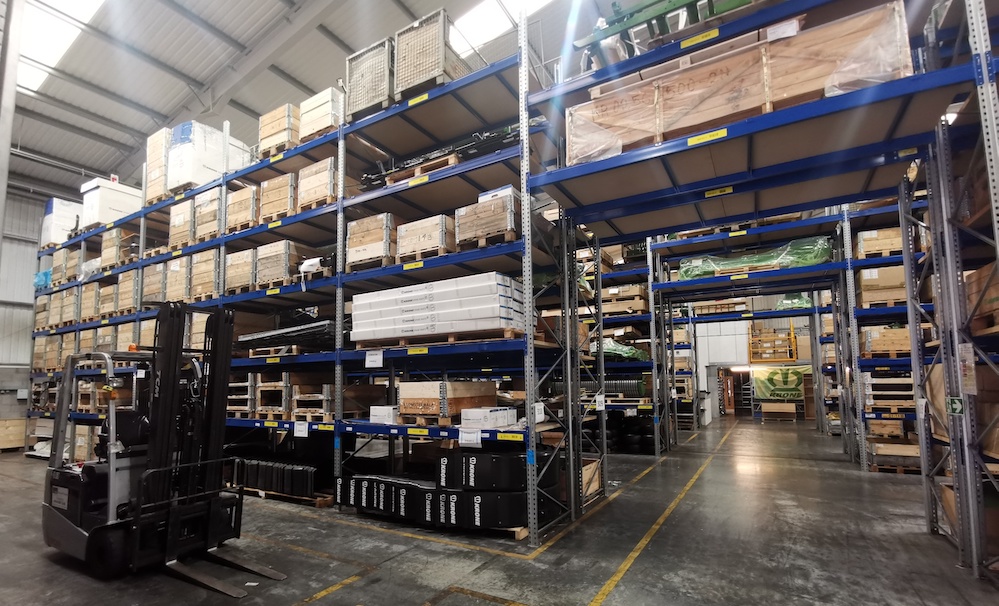 With Krone trailer sales maintaining peak levels in the UK and Ireland and in line with the company’s European customer support policy, Krone’s parts supply service continues to expand with all trailer parts available from the Leeds depot and via Krone Parts Online.   Also backed by UK Krone parts… Read more » 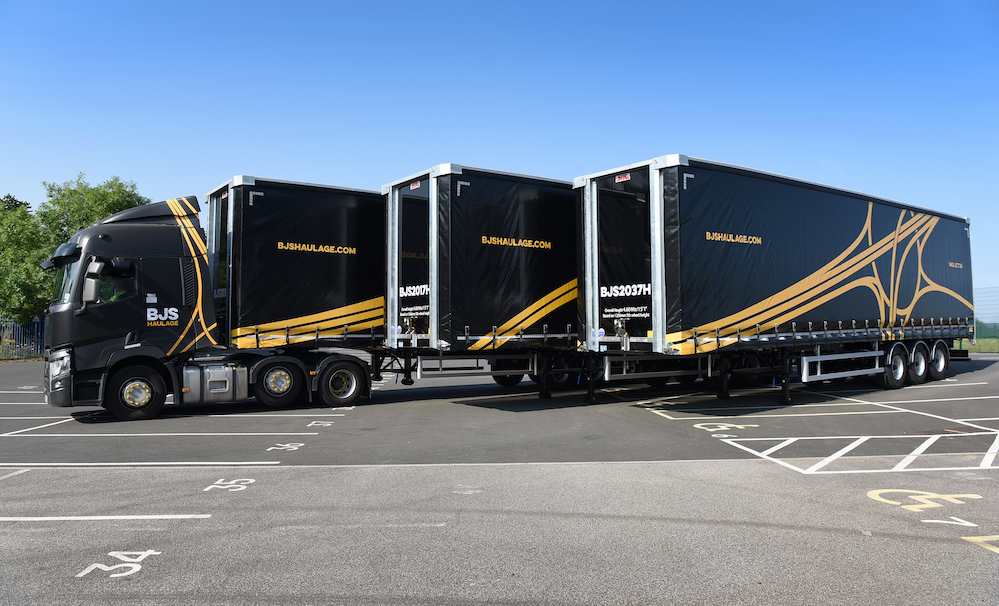 West Midlands based BJS Haulage has confirmed an order for 80 new SDC Freespan Curtainsiders in response to rising demand for its services, the first 40 of which have already gone into service.  The lightweight Freespan Curtainsiders offer an enhanced payload for BJS’s multipurpose transport of pallets, furniture, food and… Read more » 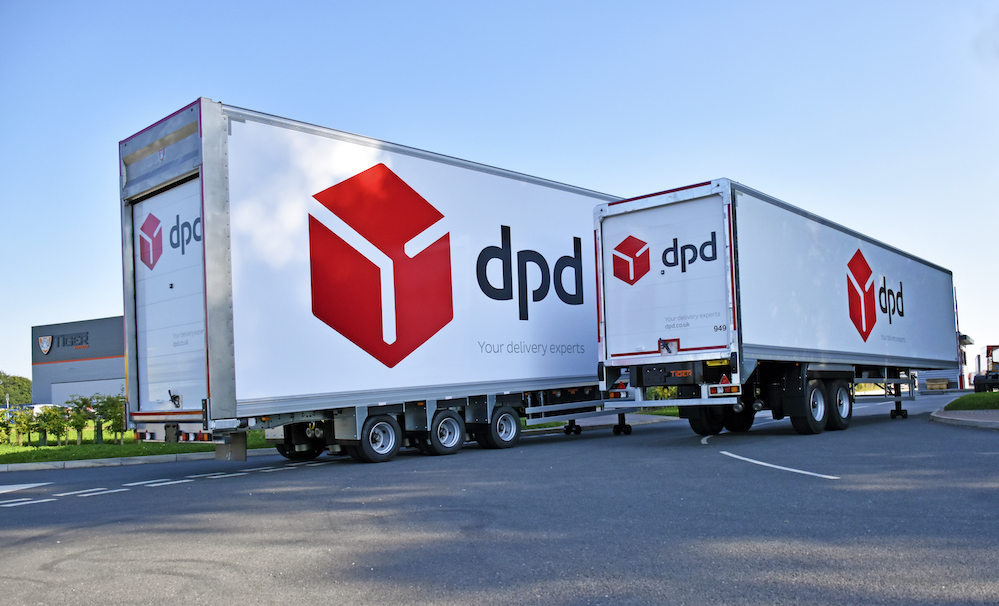 Leading express parcel delivery specialist, DPD, is introducing 250 Tiger trailers to its UK logistics fleet during 2021, with the orders from the Cheshire manufacturer split into two product types, one of which has impressive green credentials. Delivered in several batches respectively, Tiger Trailers is amidst manufacturing 100 tandem axle… Read more » 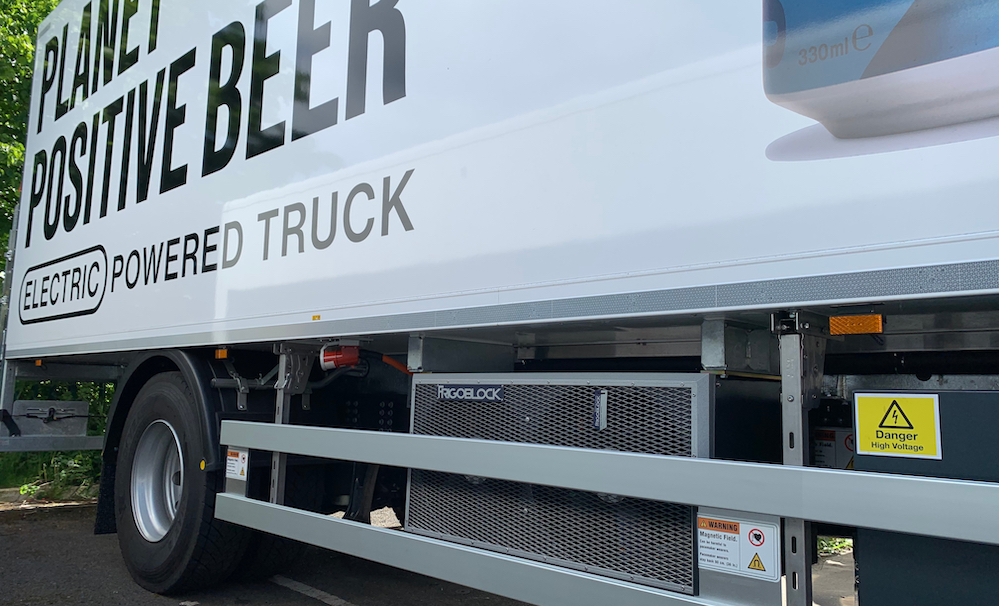 FRIGOBLOCK, one of the leading manufacturers of transport refrigeration units in Europe and a brand of Thermo King®, today announced it collaborated with NRG Riverside, one of the fastest-growing fleet management companies in the United Kingdom (UK), to create the first battery-electric (BEV) temperature-controlled trucks to operate on UK’s roads…. Read more » 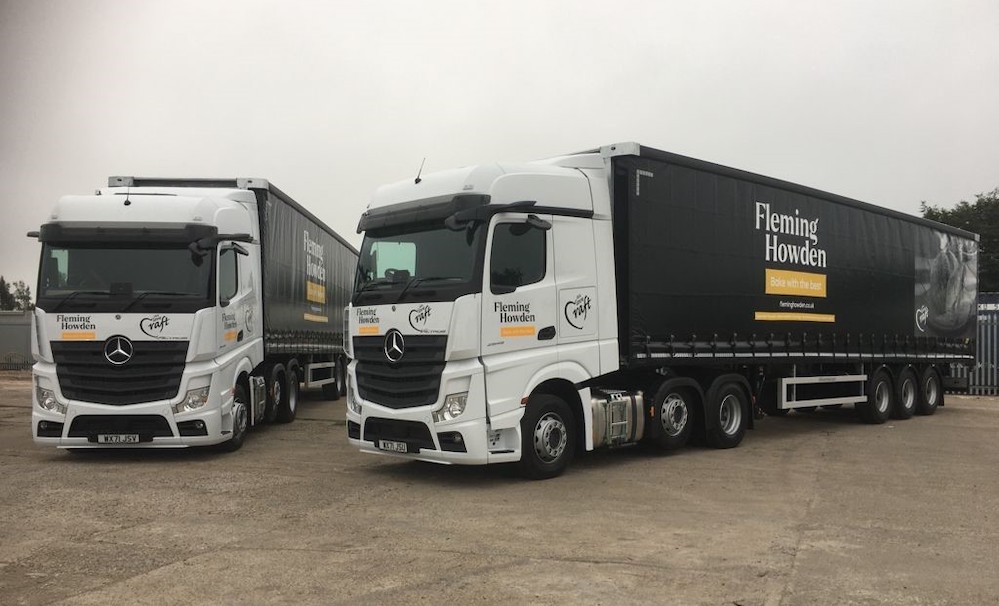 But it’s not just quality curtainsiders that Montracon deliver for Asset, it’s our wide range of other products that we have providing for the Asset Alliance Group for the last 10 years. Montracon trailers are known for their quality, strength and longevity, so it’s no wonder we enjoy long term… Read more » 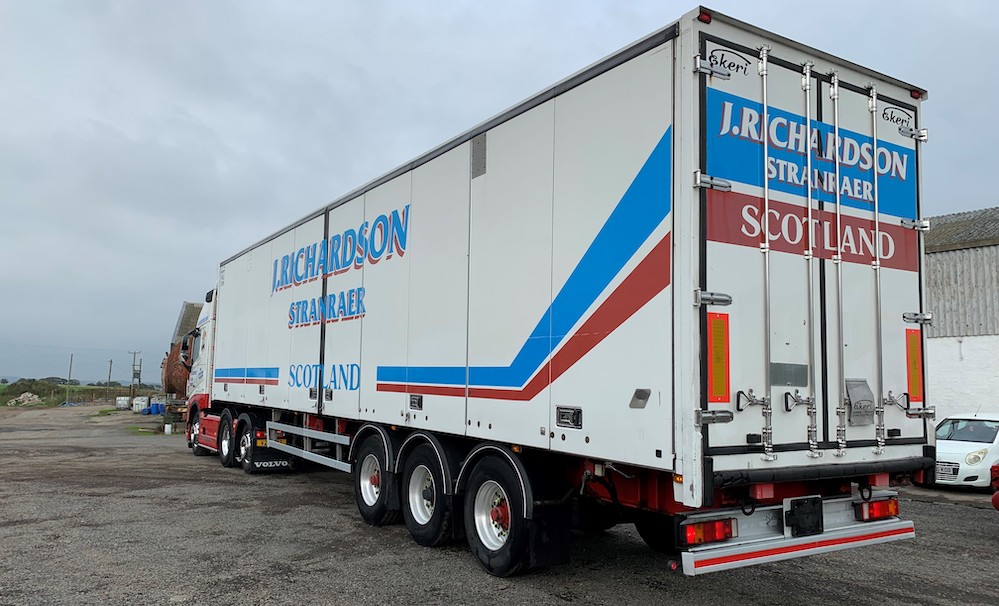 Stranraer-based haulier J Richardson has singled out an ‘old-timer’ Ekeri trailer for special praise, given its age and faultless service in the family-run firm for over 13 years. “And it was already 6 years old when we bought it!”  Says Director, Alan Richardson. “It’s a typical Ekeri trailer with the… Read more » 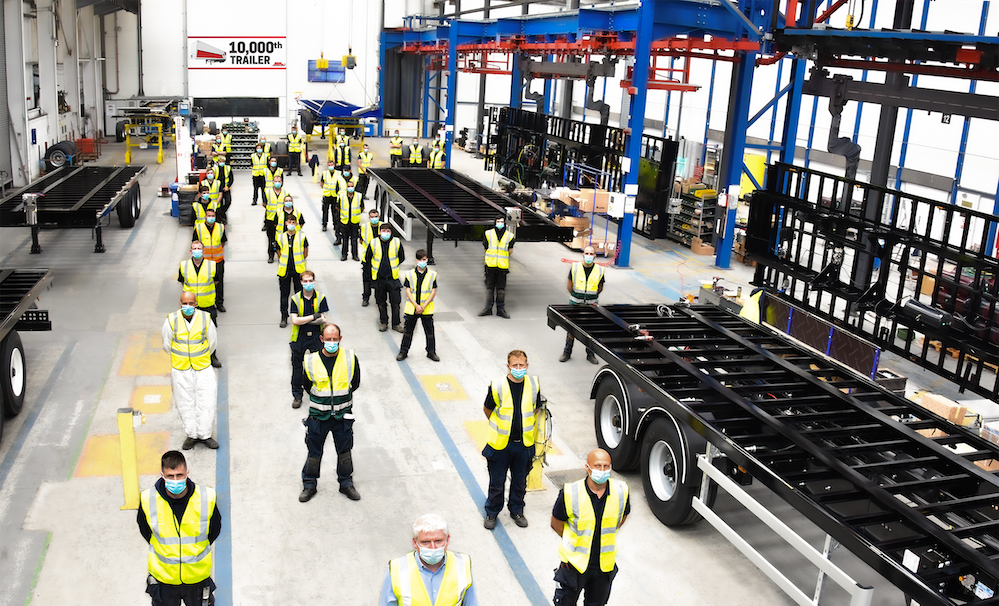 SDC Trailers, the UK and Ireland’s leading semi-trailer producer, recently marked a manufacturing milestone when its 10,000th trailer came off their new production line in Toomebridge, three years after the facility became operational. The semi-automated line was commissioned in August 2018 as part of a £7million expansion to SDC’s existing… Read more » 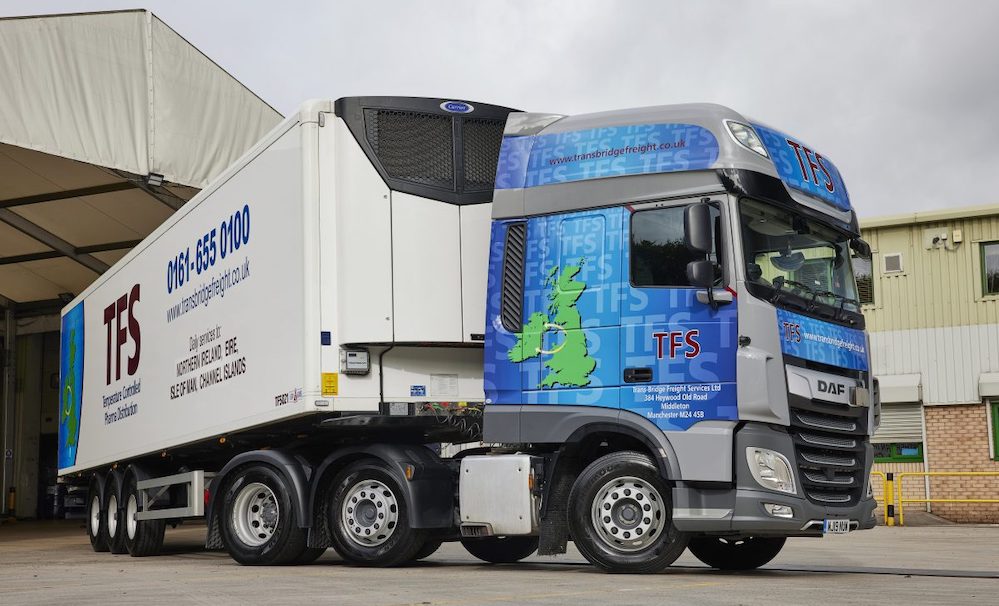 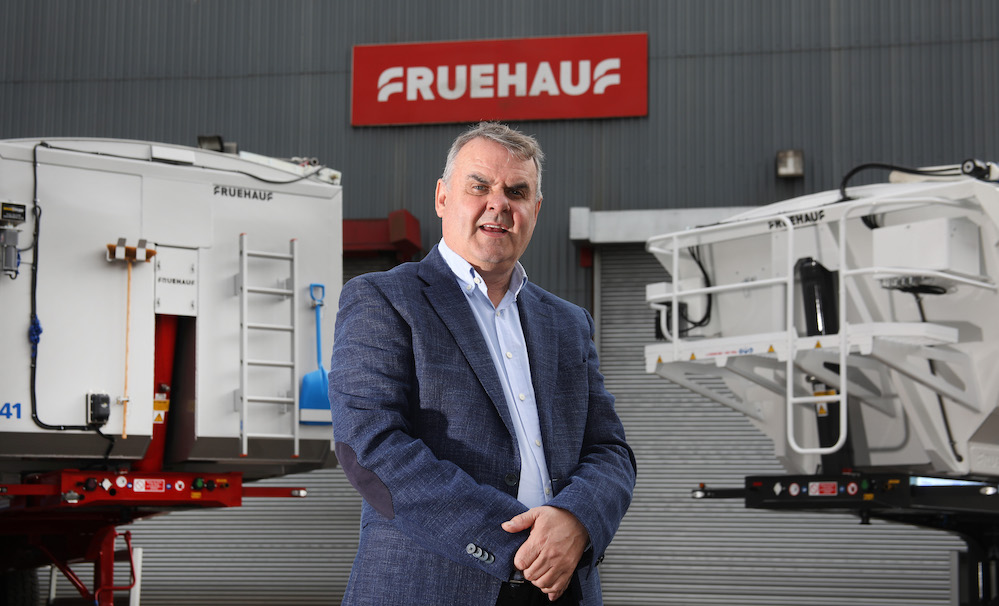 Specialist truck provider MV Commercial has completed a multi-million-pound deal to buy tipping trailer and rigid body manufacturer Fruehauf out of administration – protecting 120 jobs and securing a positive future for one of the best-known brands in the industry.   The landmark deal includes an immediate cash injection and… Read more » 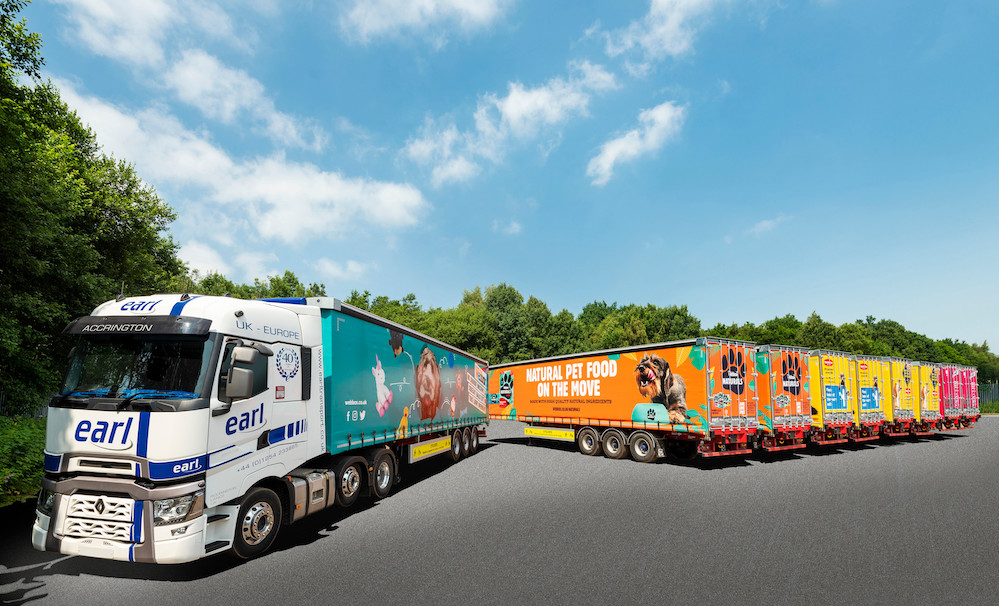 East Lancashire haulier Earl Transport has continued its long association with TIP Trailer Services with the recent arrival of 14 new SDC 4.2m curtain sided trailers that have been supplied by TIP on a five year leasing arrangement, which also includes full repair and maintenance cover for the duration of… Read more »