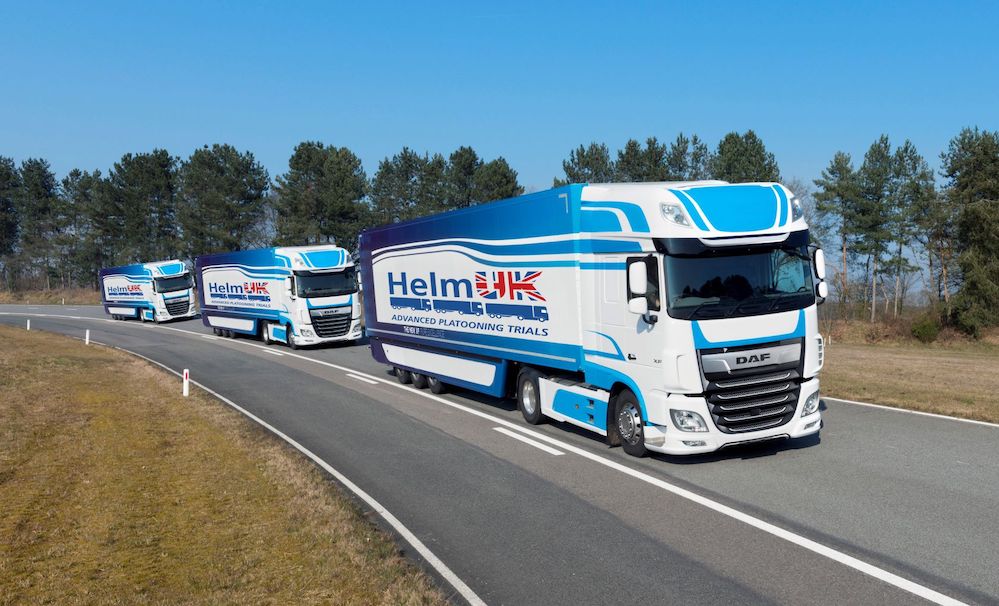 VisionTrack is providing advanced video telematics technology for a fleet of commercial vehicles being used as part of truck platooning trials taking place within the UK. The company has joined a consortium of partners, led by Transport Research Laboratory (TRL), that is conducting the tests on behalf of Highways England… Read more » 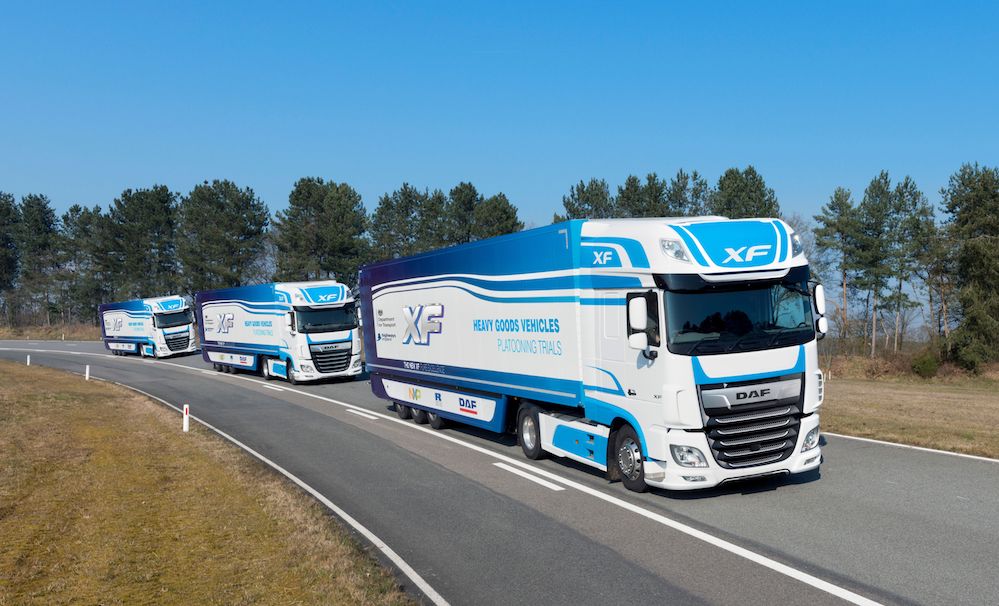 Fusion Processing Ltd is to take part in the HelmUK Advanced Platooning Trial, the first real-world operational trial of platooning vehicles on UK roads. A bespoke version of Fusion Processing’s CAVstar® system will be used as part of the trial in which cutting-edge technology will enable three DAF Heavy Goods… Read more » 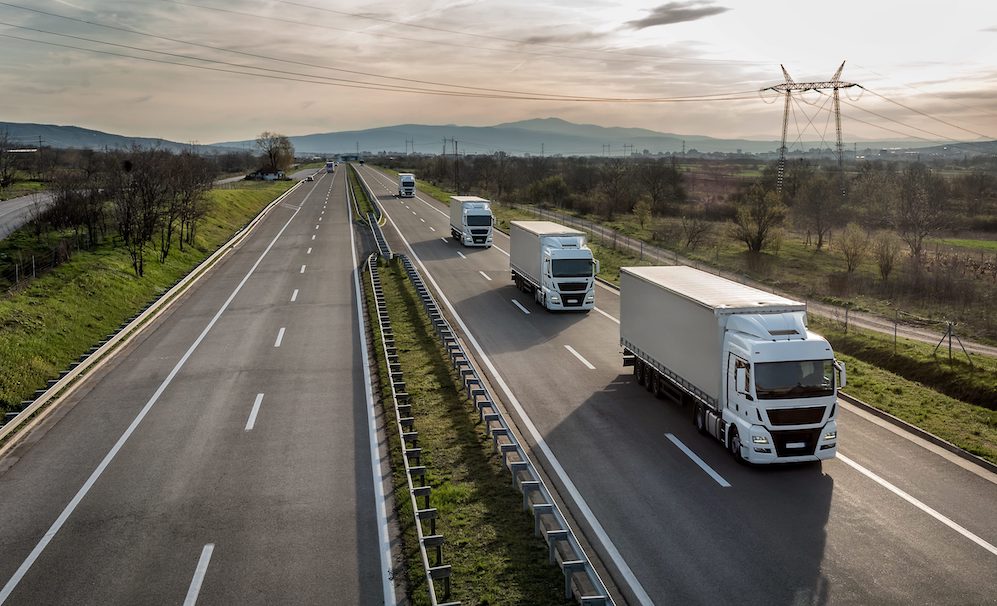 The Department of Transport has been given the go-ahead for HGV platooning trials, which is being jointly funded by Highways England. A convoy of three trucks will be tested on vehicle control to enable goods vehicles to drive in close proximity and improve fuel consumption. The trial will be carried… Read more »

DAF Trucks will participate in a two year truck platooning trial in the UK, led by TRL, the UK’s Transport Research Laboratory. Together with its partners, TNO, Ricardo and logistics company DHL, DAF Trucks has been selected by the UK government’s Department for Transport, in conjunction with Highways England to… Read more » 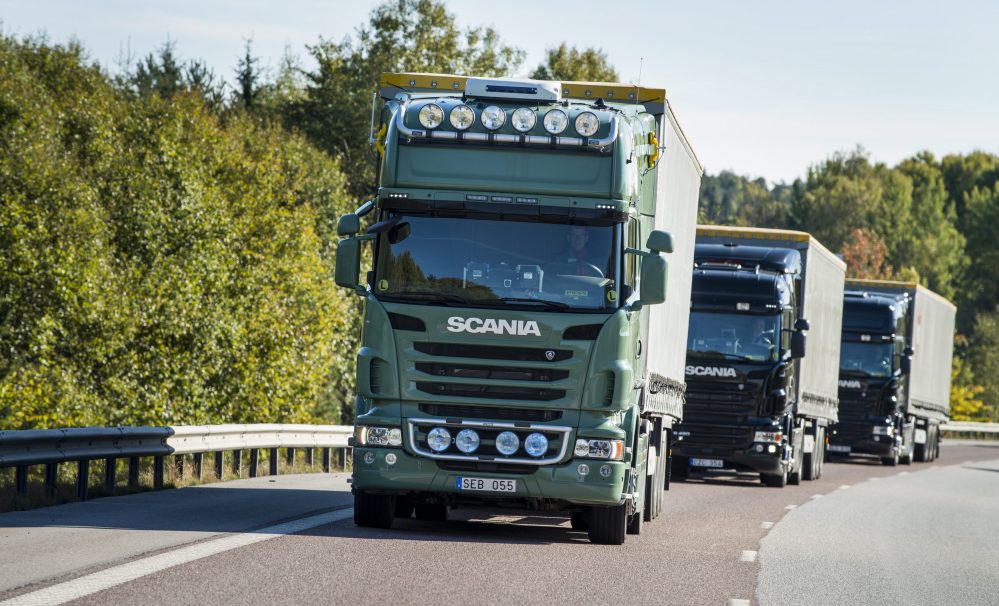 RHA Chief Executive, Richard Burnett, said: “Of course we welcome improvements to the way the road freight industry works and we understand the benefits that such a mode of operation would bring. However, currently the focus seems to be on the technology behind the system. Safety has to come first… Read more » 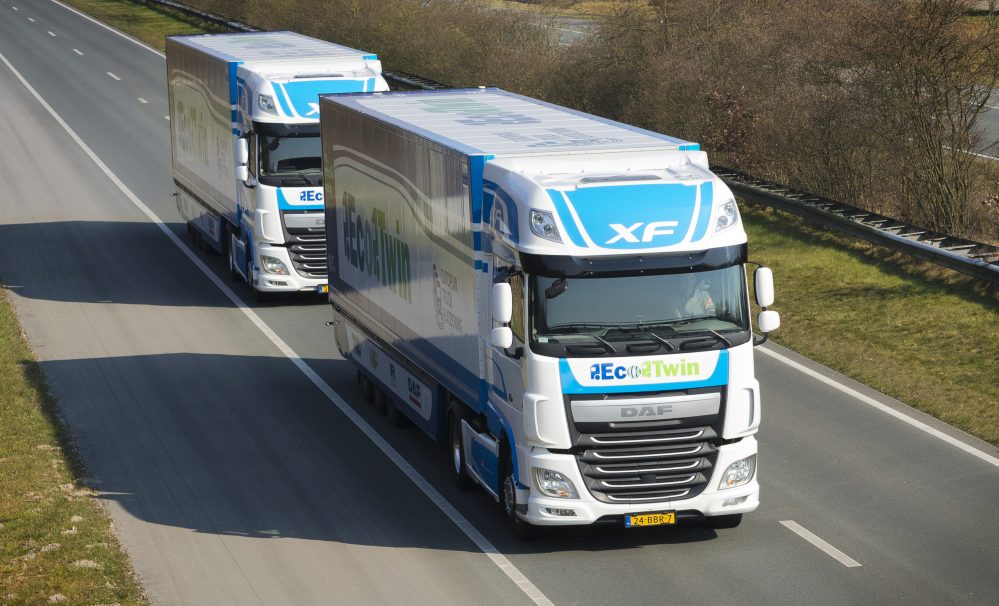 The Department for Transport (DfT) and Highways England has commissioned TRL, the global centre of innovation in transport and mobility, to lead the first real-world operational trial of platooning vehicles on UK roads. The £8.1m trial will see TRL lead a consortium of partners including DAF Trucks, the UK market… Read more »

Truck platooning could save cost, congestion and carbon says the Freight Transport Association, members of which operate more than 200,000 trucks on Britain’s roads. The announcement today of £8.1 million to fund a trial of platooning will do what is needed to test if such a system is ready for… Read more »

That was the message from Road Haulage Association’s Rod McKenzie speaking to Nicky Campbell on Radio 5 Live breakfast show last week. “We’re not talking ghost trucks – there is still someone in the cab. The better explanation is that they’re on autopilot; it’s the same principal as that of… Read more » 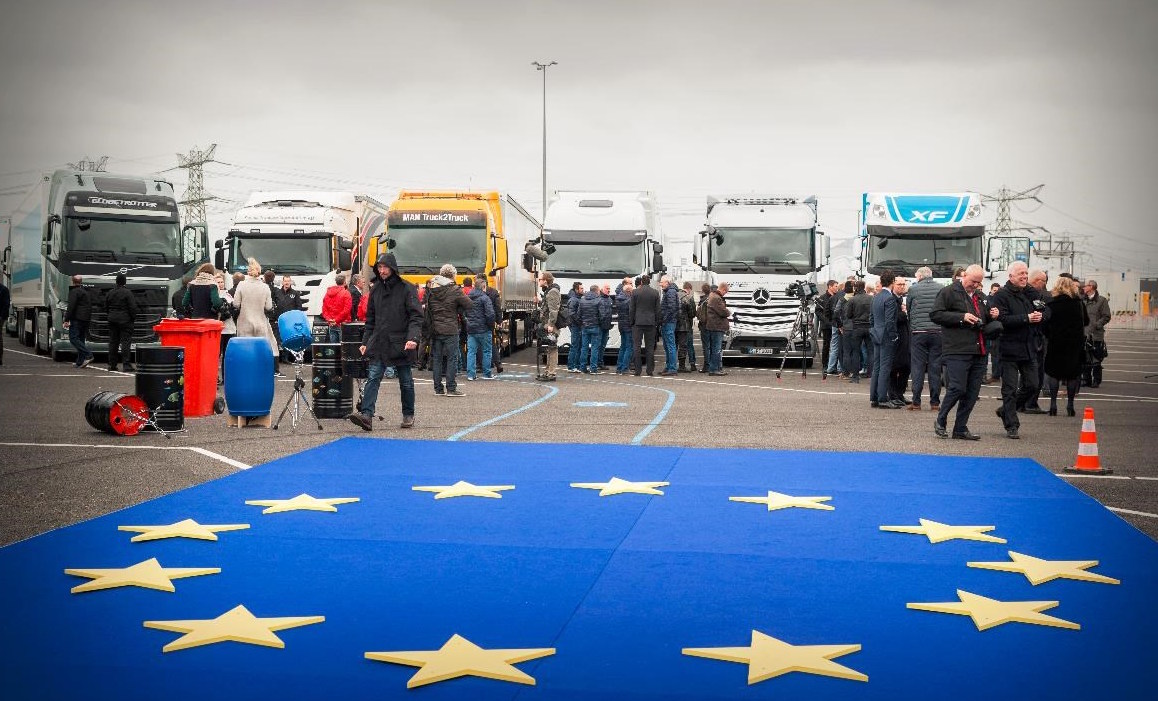 In what has been described as a world first, platoons of trucks have crossed national borders to complete the EU Truck Platooning Challenge. Truck platooning uses autonomous driving technologies for two or more trucks to communicate wirelessly and follow in close succession. The challenge was conceived in 2015 and was organized… Read more » 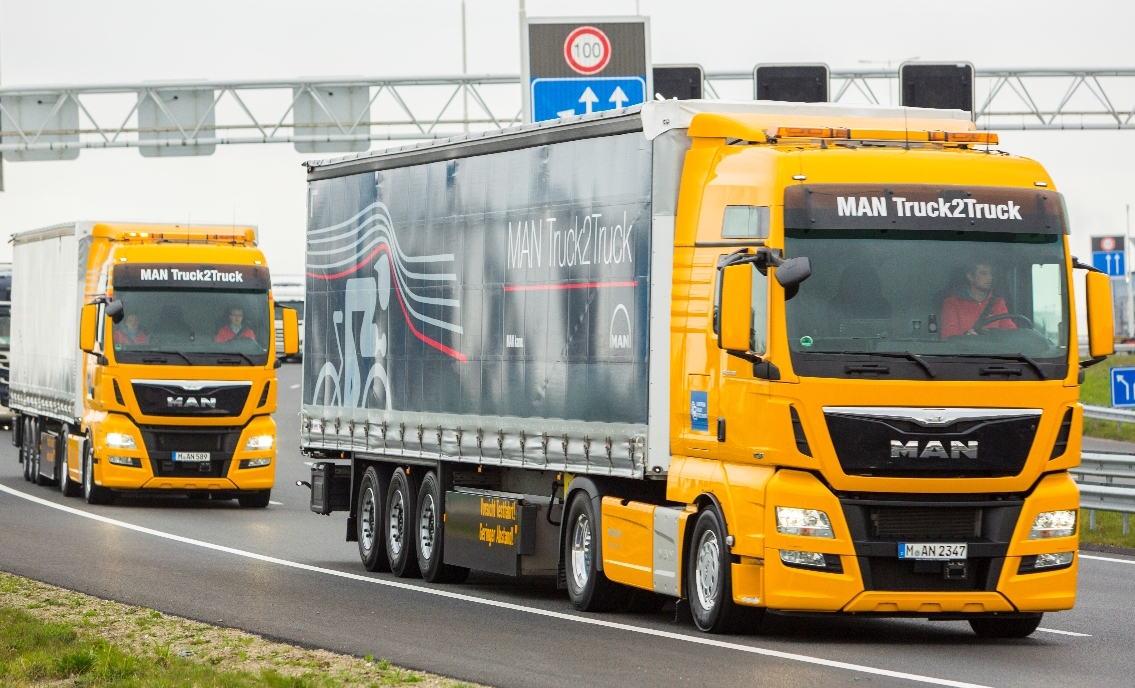