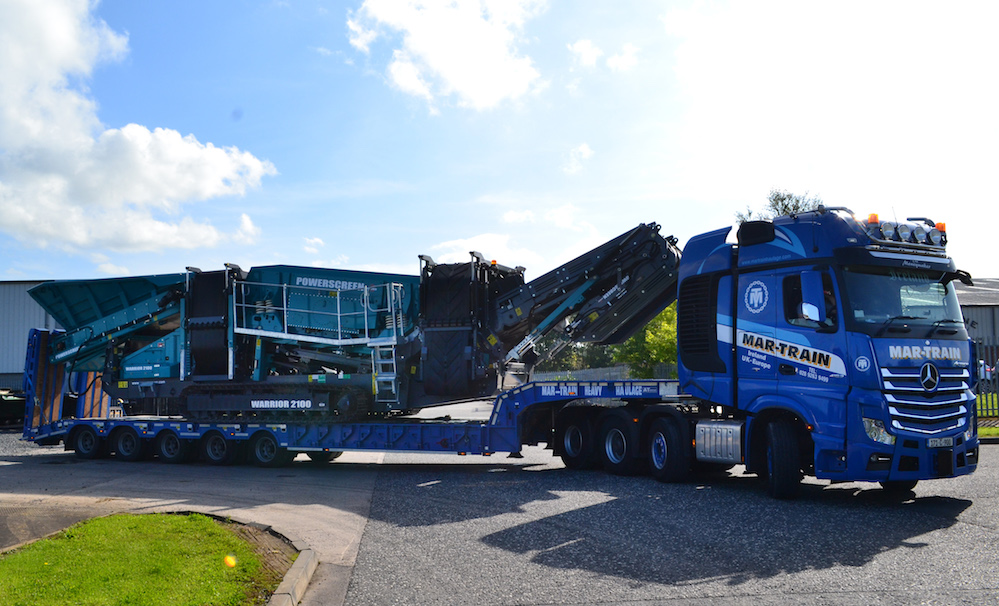 Abnormal load specialist, Mar-Train, has taken delivery of its third five-axle extending step frame trailer from Andover Trailers – a continuation of a working relationship that dates back close to 30 years.

The latest addition to Mar-Train’s trailer fleet is the 15th trailer the company has specified from Andover Trailers, which also includes tri-axle and four-axle variants. Andover’s ability to custom-build trailers to meet any design specification has kept Mar-Train returning time and time again.

Tim Martin, Managing Director at Mar-Train, says: “With other manufacturers you often just pick your trailer off the shelf, but Andover will build the trailer exactly the way you want it to be built. We believe they’re the best in the business when it comes to making trailers for the specific types of loads we carry.”

Though similar to the previous five-axle variants supplied by Andover – which are still both in operation – the latest addition to the fleet includes a number of new design features, notably the improved 10-tonne lashing points which have been engineered to sit within the frame itself when not being used, lowering the chance of accidental damage.

When in use, they provide a direct line between the lashing ring and the securing point on the load. The centre of the trailer’s frame also includes further securing positions that allow 14-tonne lashing points to be individually placed to suit different load requirements.

The 14.95m trailer can extend by a further 2.5m, providing additional flexibility when required. The trailer extends via two outer box beams, which have been uprated for shorter, more concentrated loads, to ensure that heavy machinery gets support where it’s needed most. 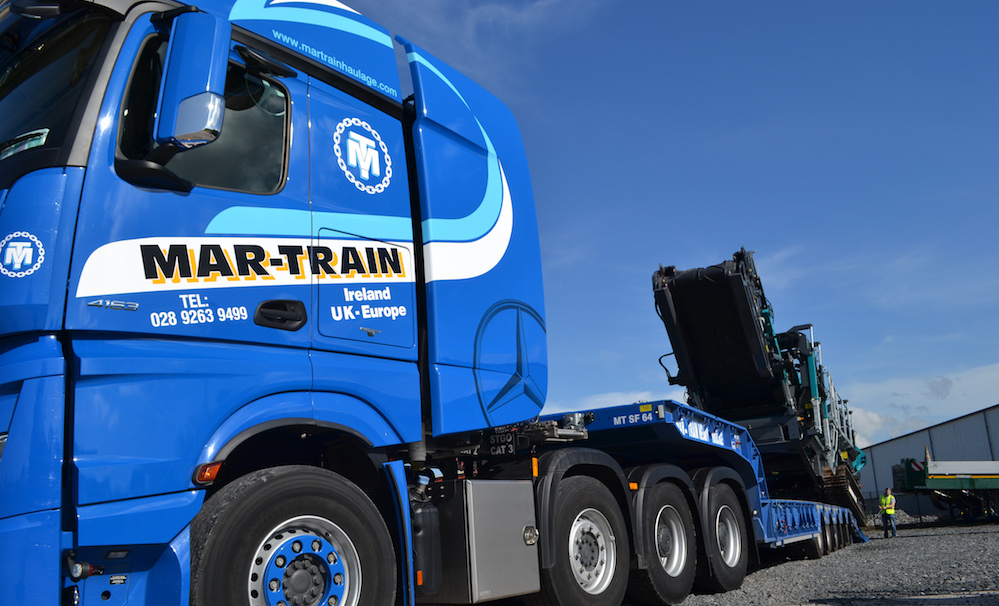 The trailer will transport crushers and screeners across the UK and Ireland, and Mar-Train hopes to keep it in operation for more than 20 years.

“The trailer is designed to carry its payload on a very short track length, which means a lot of weight – and incredible force – is placed on a very small area,” continues Martin. “Happily, we know that Andover has both the design and manufacturing skills to build something that’s more than up to the task.”

Of the five BPW axles, three are fixed, with the remaining two featuring self-tracking steering and rated to 12 tonnes. BPW air suspension with raise and lower control is also fitted, which allows the trailer to be lowered to aid loading and unloading.

Additional features include Andover Trailers’ heavy-duty hydraulic power toe ramps which provide a low loading angle and two heavy-duty hydraulic steady legs to guarantee a stable loading platform. The trailer also benefits from galvanised side extensions, now designed as a universal component across all similar Andover builds to make them easier to replace quickly if required.

The trailer will transport Terex crushers and screeners across the UK and Ireland, and Mar-Train hopes to keep it in operation for more than 20 years – a precedent already set by other Andover builds in the fleet that date back to the late 1990s.

A family-run business, Mar-Train Heavy Haulage was originally established in County Down, Northern Ireland, as a local plant haulage company in 1978. Since then, it has become a specialist in transporting abnormal and awkward loads across the UK, Ireland and mainland Europe. 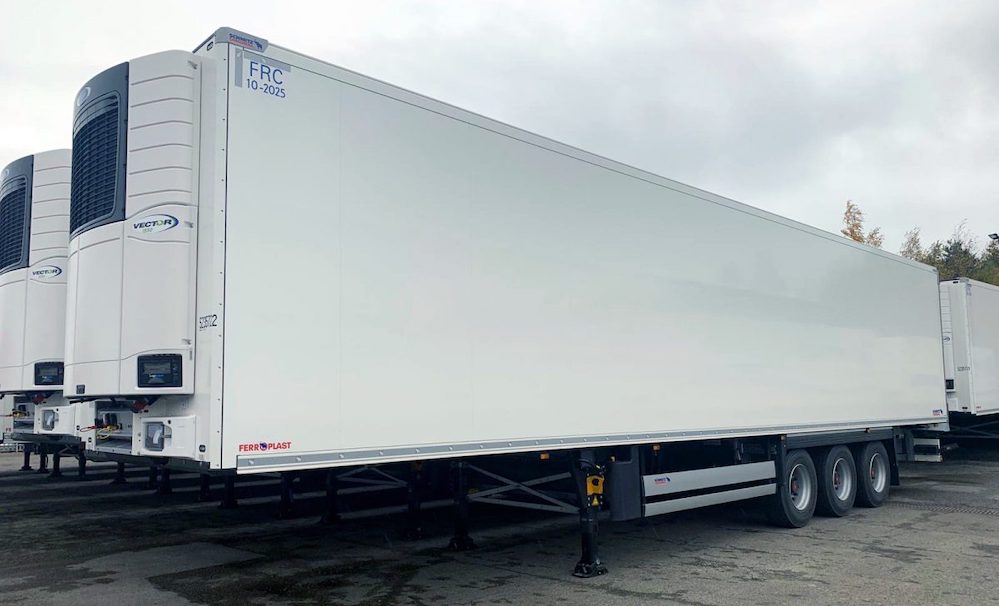 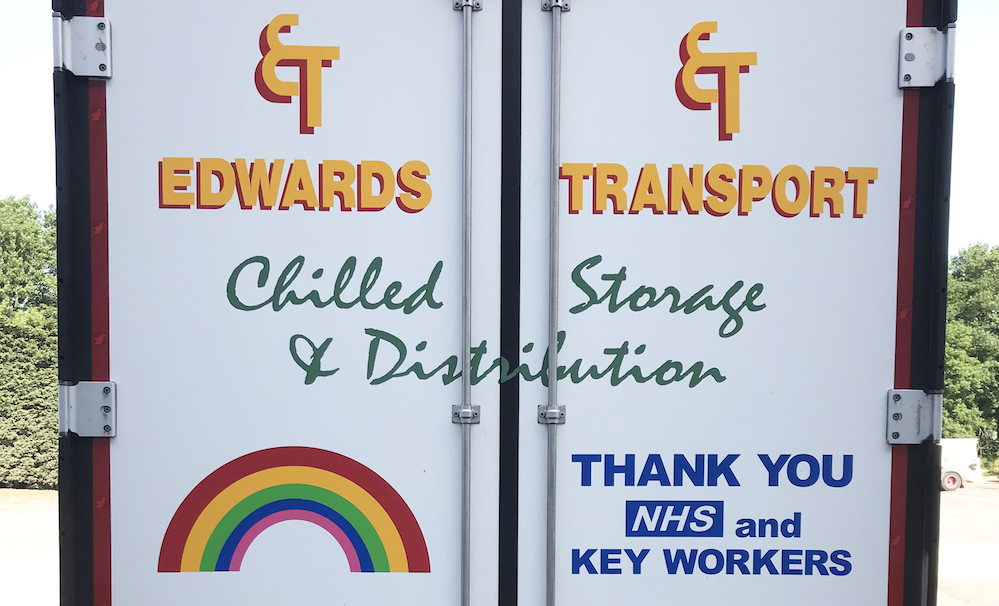 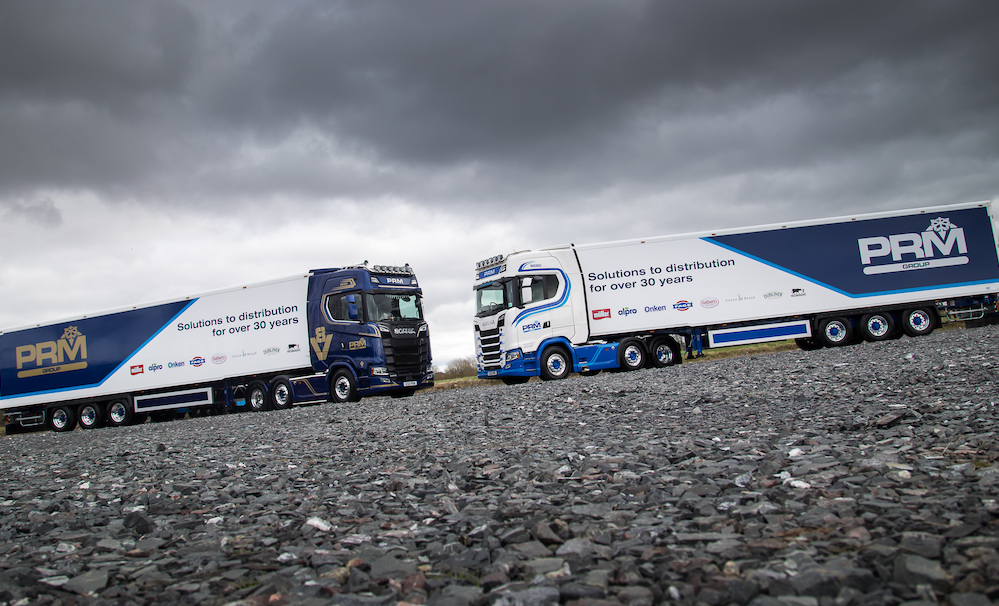