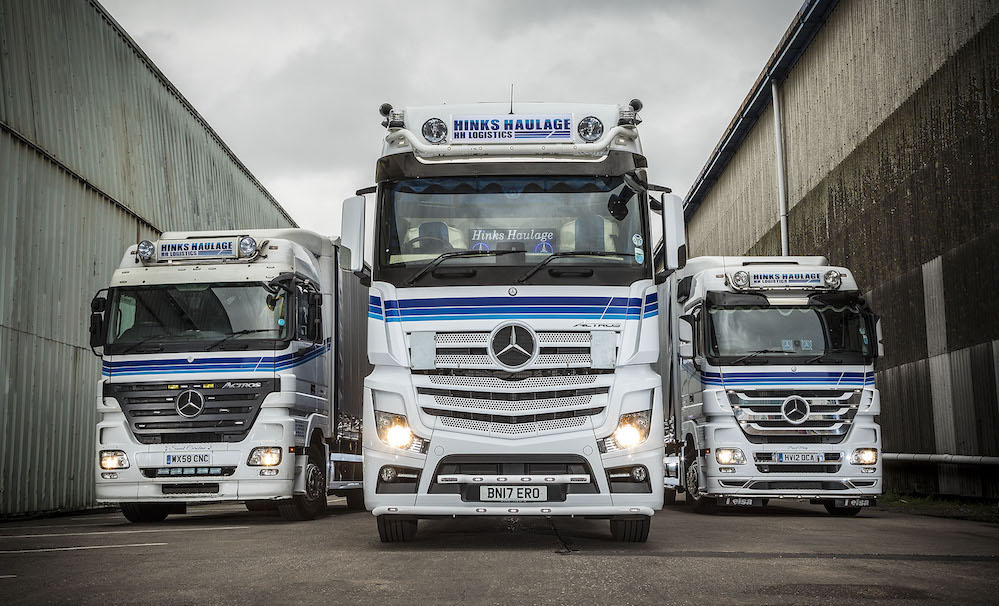 Black Country haulier Brian Hinks knows a good thing when he sees one, which explains why he follows the three-pointed star of Mercedes-Benz.

Unusually for a six-wheeler, especially one that works only in the UK, the new truck has a range-topping GigaSpace cab. With its optional colour-coded bumpers and door mirror covers, external sun visor, and a grille-mounted three-pointed star which can be illuminated at night, as well as light bars, airhorns and alloy wheels, it is now turning plenty of heads on the road.

The Actros 2536L is powered by an advanced and fuel-efficient 265 kW (360 hp) straight-six engine, which drives through a smooth Mercedes PowerShift 3 automated transmission. Other features include a long-range, 500-litre fuel tank, up from the standard 290-litre item, while the vehicle’s bodywork is by Bowdery & Wilkinson, of Rowley Regis.

“Image is important and I like my trucks to stand out from the rest,” explained Mr Hinks, who founded the company that bears his name in 1999. “Also, our drivers are out all week so I’m happy to make their lives that bit more comfortable by choosing high-spec vehicles and equipping their cabs with creature comforts such as fridges and microwave ovens.”

Hinks Haulage is accredited to Bronze standard by FORS, the Freight Operator Recognition Scheme, and runs nine trucks, every one by Mercedes-Benz. Seven are 26-tonners, the remaining two being Actros tractor units. The company’s vehicles undertake nationwide same- and next-day collections and deliveries of a wide variety of commodities, including hazardous goods.

Its Hinks Haulage Logistics arm, meanwhile, operates a 25,000 sq ft warehouse in Oldbury, close to the junction of the M5 and M6, and offers international freight and groupage services, with twice-weekly runs to Europe.

Mr Hinks continued: “With the exception of a single truck by another manufacturer we’ve stuck by Mercedes-Benz since day one. Whether I’ve bought them pre-owned or new, its vehicles have always served us extremely well in terms of reliability, fuel-efficiency and driver comfort.”

After clocking up its first 12,000 km the new truck was returning between 11 and 12 mpg. “That’s a very encouraging figure for a vehicle which has not fully loosened up yet, and already comfortably ahead of our other 26-tonners,” he reported.

The subject of a five-year Mercedes-Benz Repair and Maintenance Contract, the Actros is now being inspected and serviced at Midlands Truck & Van’s Wolverhampton branch. “The Dealer’s Truck Sales Executive Richard Mason is very sound while its Workshop Controller Richard Jervis also provides great back-up; if ever we’ve had an issue he has invariably ensured that it was quickly sorted.” 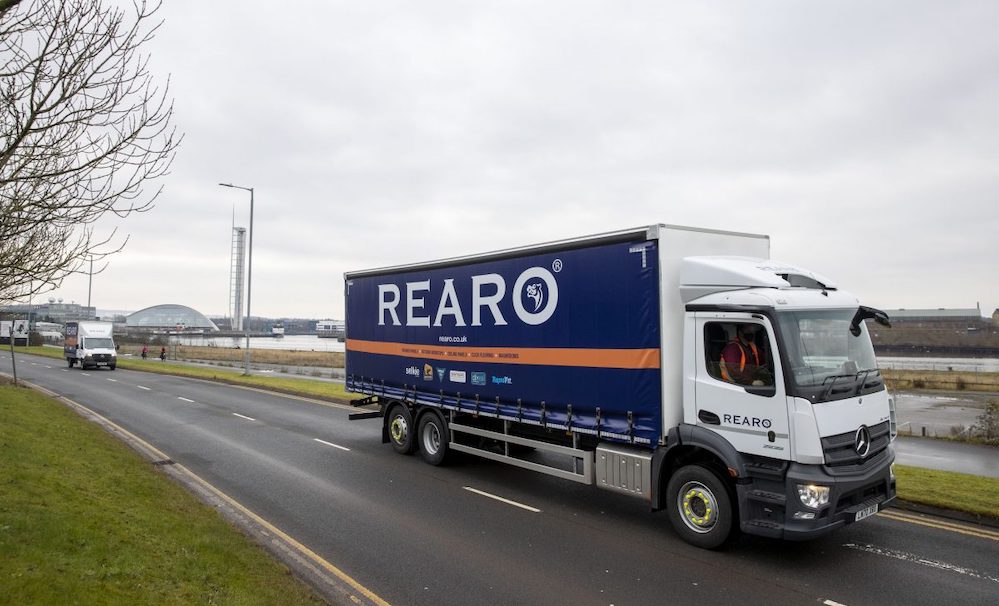 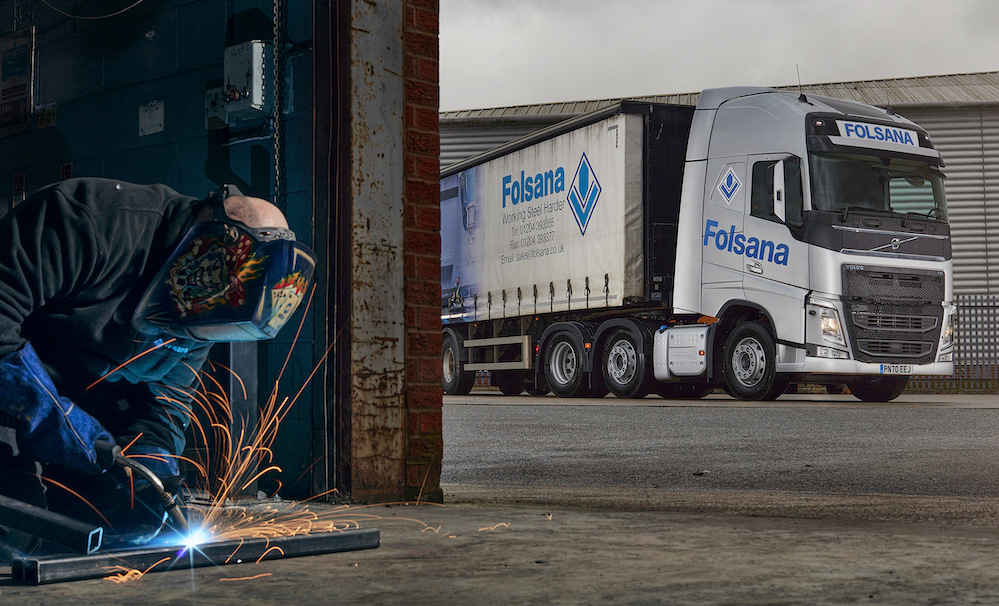 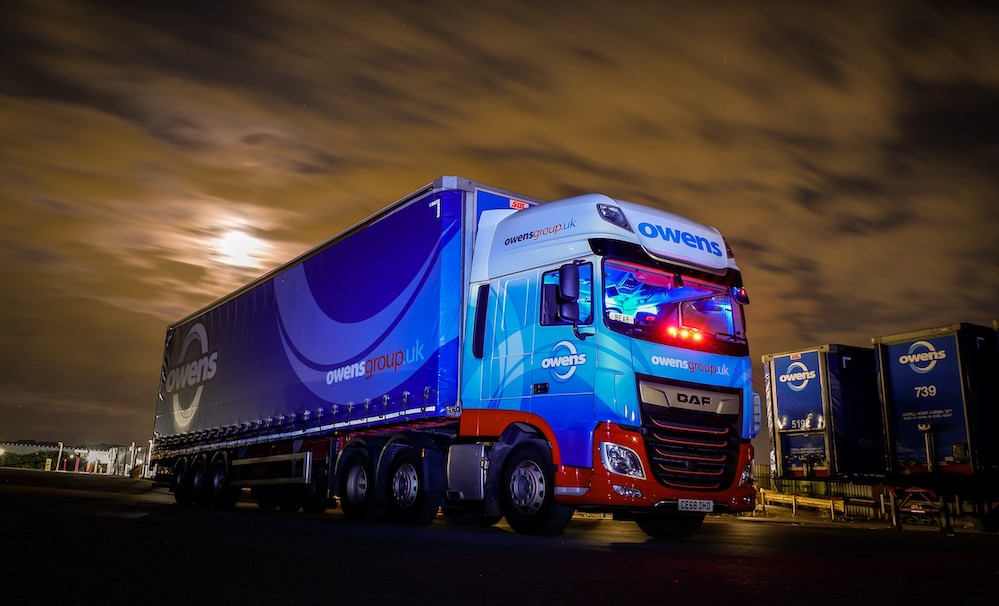