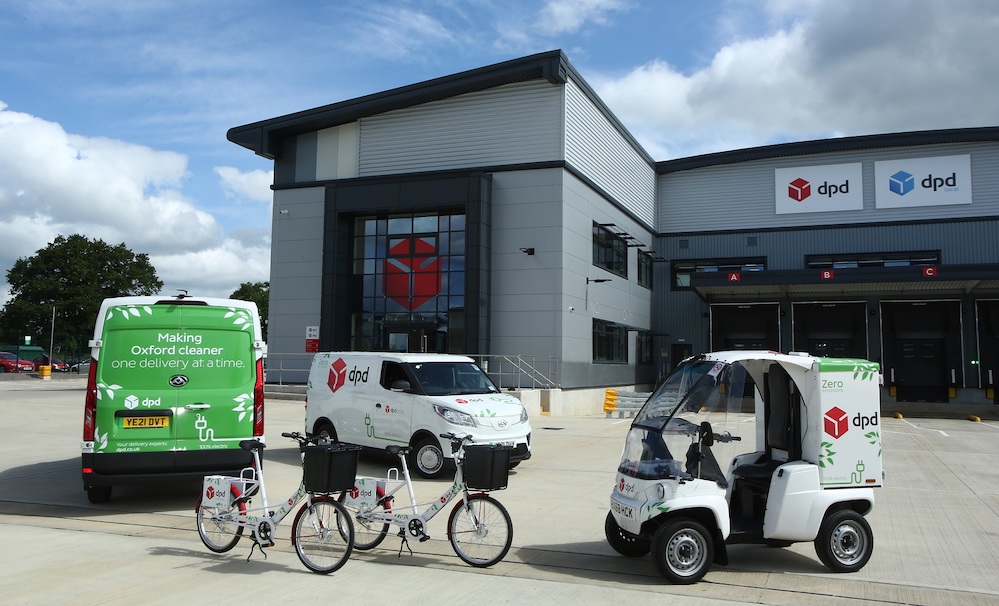 Sustainability leader DPD has confirmed that all future parcel deliveries in Oxford will now be made with only electric vehicles.  On 27th July, Oxford will become DPD’s first all-electric city, with 9 further UK ‘green cities’ to be confirmed this year.

All Oxford parcel deliveries will be made from DPD’s new, state-of-the-art Bicester eco-depot. The huge new 60,000 sq ft hub at Symmetry Park is DPD’s first ‘net zero carbon in construction’ building, as regulated by the UK Green Building Council (UKGBC).  The depot has a fleet of 40 electric vehicles, and they will deliver over 15,000 parcels a week right across the city.

The new facility was officially opened in June 2021 by double Olympic and nine times world champion track cyclist, Victoria Pendleton and is the most sustainable facility in DPD’s UK network.  Once fully operational, the depot could create up to 250 new jobs.

Vision 25 was announced in October 2020 and is part of a Europe-wide drive by DPDgroup involving 225 urban areas in 20 different countries. In the UK, the other 24 towns and cities included in the initiative will be; Birmingham, Bradford, Brighton and Hove, Bristol, Cambridge, Cardiff, Coventry, London, Manchester, Newcastle, Nottingham, Plymouth, Portsmouth, Derby, Edinburgh, Glasgow, Kingston-upon-Hull, Leeds, Leicester, Liverpool, Reading, Sheffield, Southampton and Stoke-on-Trent.

Vision 25 is part of DPD’s strategy to be the most responsible and sustainable city centre delivery company and a leader in the move to electric vehicles in the UK.  In May the firm announced the roll-out of a major new air quality monitoring programme across 6 of the biggest cities in the UK.  While in June, DPD agreed a deal with vehicle manufacturer MAXUS for 750 e DELIVER electric vans, which will take the firm’s total UK EV fleet to over 1,700 EVs on the road by the end of the year.

DPD’s Head of CSR, Olly Craughan, commented, “This is a landmark day for us.  To be able to say we can now deliver to a city the size of Oxford, using only electric vehicles, is a huge leap forward not only us, but for the sector as a whole. And we are on track to repeat this in nine more cities this year.  We’ve been working with electric vehicles for the past three years and we have learned a lot in that time.  As well as investing in the vehicles themselves, we’ve created a whole new smart delivery system around them, including the charging infrastructure.

“Bicester is the greenest and most sustainable facility in our UK network and it is right that we start the roll-out of our 25 green cities here, at a time when Oxford itself is taking a huge step with the Zero Emission Zone pilot due to be launched later this year. Our whole approach to sustainability is about joining up the dots beyond just buying electric vehicles.  And that means working with others on initiatives like city centre emissions schemes and measuring air quality.  With this approach, we will be helping reduce emissions one city centre at a time, starting with Oxford.”

Full details of all of DPD’s sustainability initiatives can be found on its dedicated green website: https://green.dpd.co.uk/ 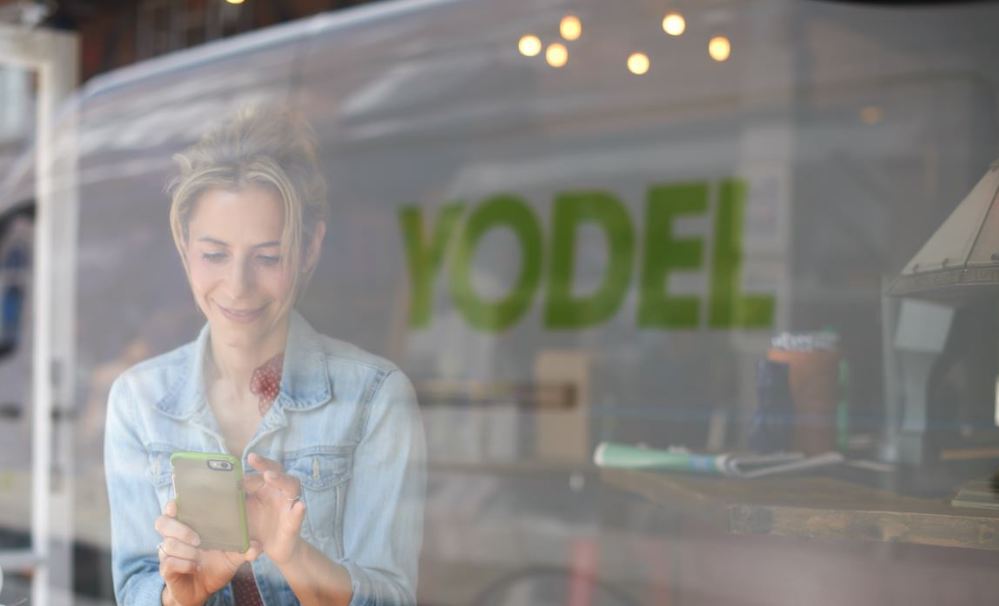 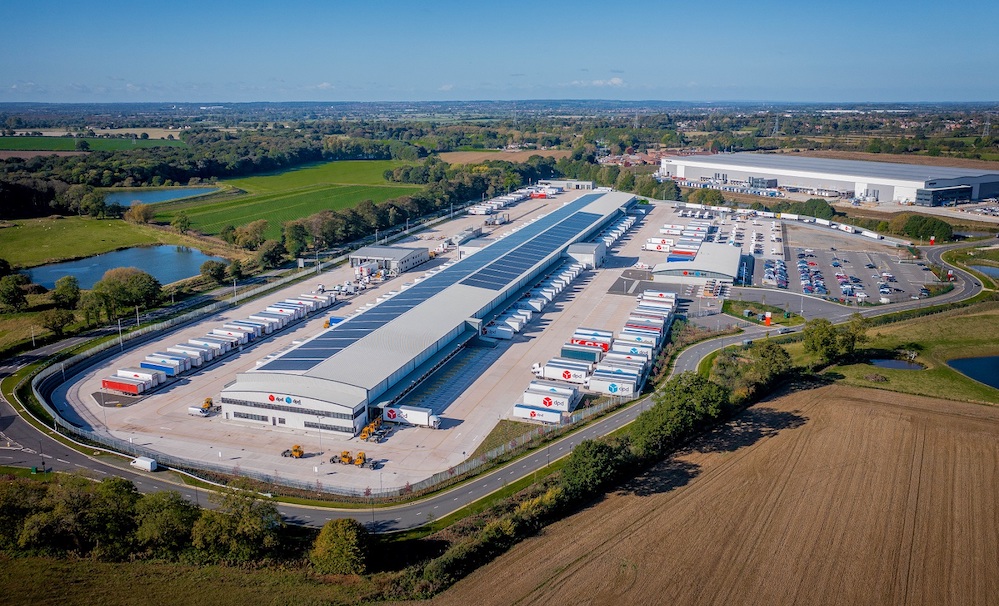 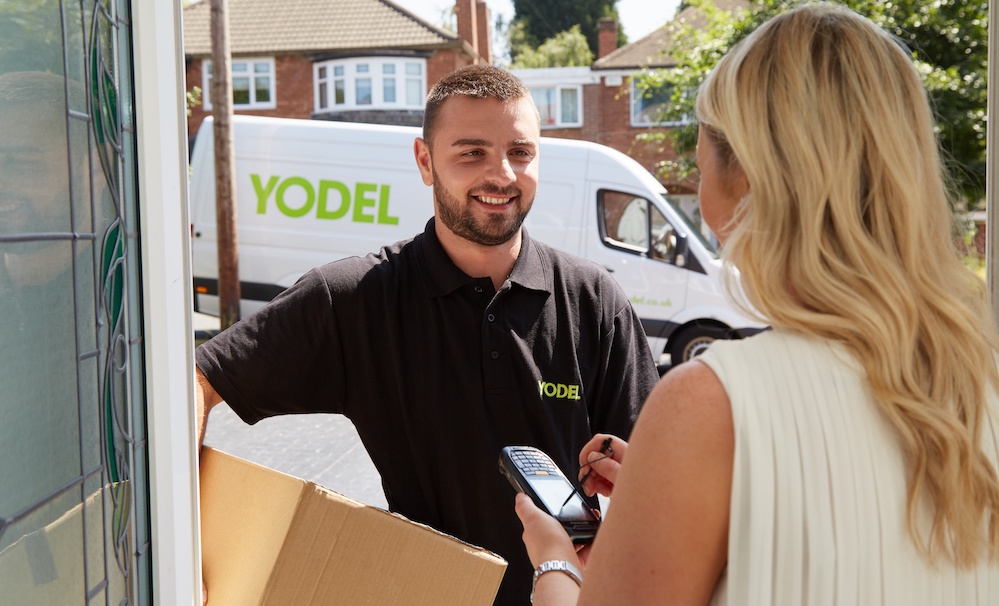