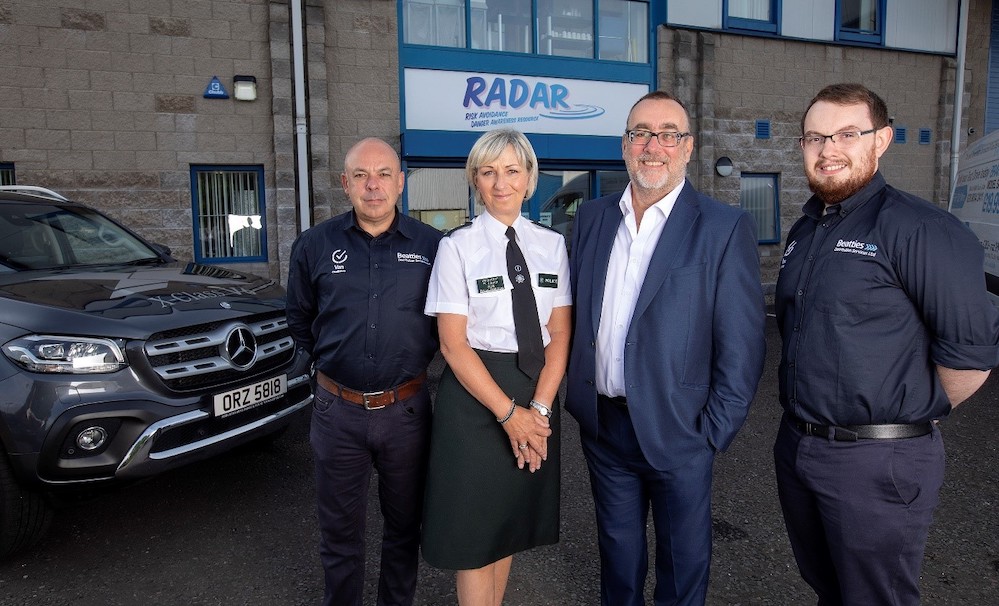 A special briefing in Belfast provided Newtownabbey-based Dealer MBNI Truck & Van with an opportunity to showcase the brand’s unrivalled track record and latest developments in the field of van safety.

Delegates also learned about the support on offer from FTA’s Van Excellence scheme, and received tips from the Police Service of Northern Ireland (PSNI) on how to stay on the right side of the law.

Staged at the innovative RADAR road safety training hub, the event was attended by dozens of van customers representing a broad cross-section of industries and applications.

Guest speaker Inspector Rosie Leech, of PSNI’s road policing team, described some of the issues that her colleagues regularly face when pulling over vans for roadside checks. Matthew Beattie and Mark Laughlin of Beatties Distribution Services talked about their own experience of going through the Van Excellence scheme, and the positive effects it had on their operation in terms of incident reduction and general operating efficiency.

Mark Cartwright, of Head of Vans & Light Commercials at FTA, outlined a scenario titled ‘One Fateful Day”, which focused on a driver whose van was involved in a collision with a child crossing a road. Though fictitious, it was created using details culled from the reports of real-life incidents. The scene played out with the driver, transport manager and operating company all blaming outside factors, to a greater or lesser extent, before finally realising that it was they who were facing the full force of the law.

The brand’s safety heritage includes an extensive list of pioneering technology, from crash testing and crumple zones in the 1950s, through developments such as anti-lock brakes and airbags, to more recent developments such as the remarkable Adaptive ESP® anti-skid system.

“This level of safety equipment is unique in the van sector,” affirmed Johnny, “but it doesn’t stop there. Mercedes-Benz is constantly investing in research and development to raise the bar by bringing new systems to the market.”

He also described the ongoing efforts of Mercedes-Benz Vans to support the nation’s hard-working drivers and operators through its regular Business Barometer surveys, which highlight some of the pressures facing the unsung heroes who keep Britain moving.

Driver Team Managers Gary Nesbitt and Noel Irvine attended the day on behalf of their employer Alliance Healthcare. Its Belfast depot runs a fleet of 31 Mercedes-Benz Sprinter vans and employs 37 drivers, while across the UK it runs more than 1,000 vehicles.

“We’re already accredited under the Van Excellence scheme so none of this was new to us, said Mr Nesbitt. “It’s always useful, though, to hear the messages on safety and compliance reinforced. We certainly support FTA’s efforts to bring all operators up to the highest standards, and applaud Mercedes-Benz Vans for supporting such a worthwhile initiative.”

Hazel Robinson, Group Human Resources Manager at Newry-based Murdock Builders’ Merchants, was impressed by the focus of FTA and Mercedes-Benz Vans on looking after van drivers as well as their vehicles. “Traders who use vans might not think of themselves first and foremost as drivers, but that’s what they are. It’s vital that people operating large and potentially dangerous vehicles also look after their physical and mental health,” she observed.

Ryan Donnelly was at the event in his capacity as a Director of family-owned kitchen furniture supplier Uform, which operates a pair of vans and nine trucks from its headquarters in Toomebridge. “As a truck operator we’re well used to working to a high level of compliance, and we treat our vans in the same, strict way,” he explained. “It’s definitely useful, though, to have some of the potential pitfalls laid out so clearly by FTA’s experts – it’s been an extremely worthwhile experience.”

The Van Excellence scheme was designed by leading van operators, and is facilitated and managed by FTA to recognise excellence and improve operational standards. At its heart is the Van Excellence Code, a Code of Practice detailing ‘what good looks like’ in van operations.

The scheme allows operators to ensure their standards of operation meet the requirements as laid out in the Code, thus enabling them to be recognised as van operators who adhere to a best practice framework. FTA has developed support packages for those seeking or who have gained certification, and for any van operators seeking to ensure they are operating to nationally recognised standards.

MBNI Truck & Van’s Johnny Andrews added: “We were delighted to have the opportunity to work with FTA and PSNI to support hard-working van operators and help keep their businesses moving in a safe, compliant manner.” 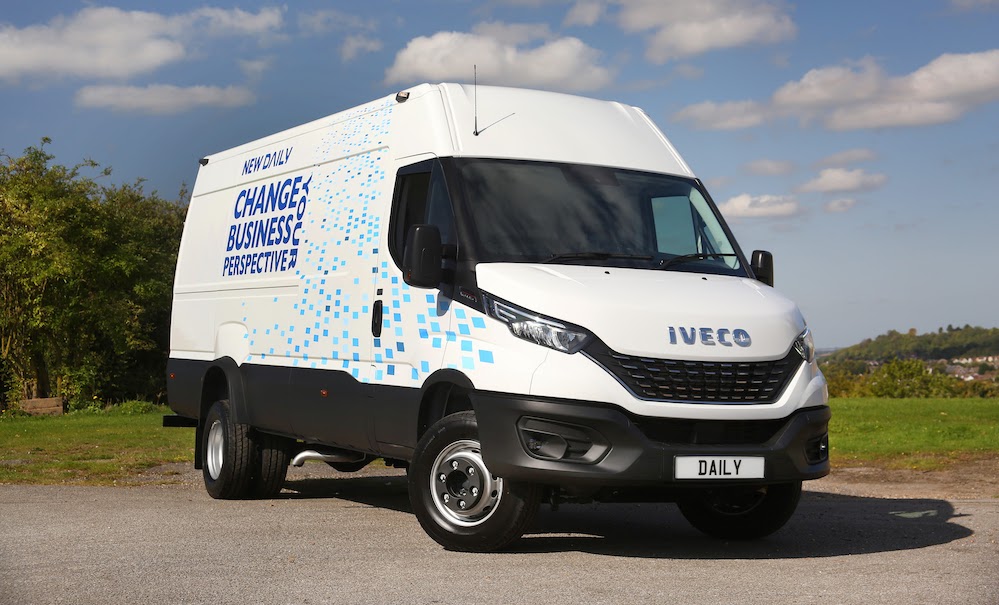 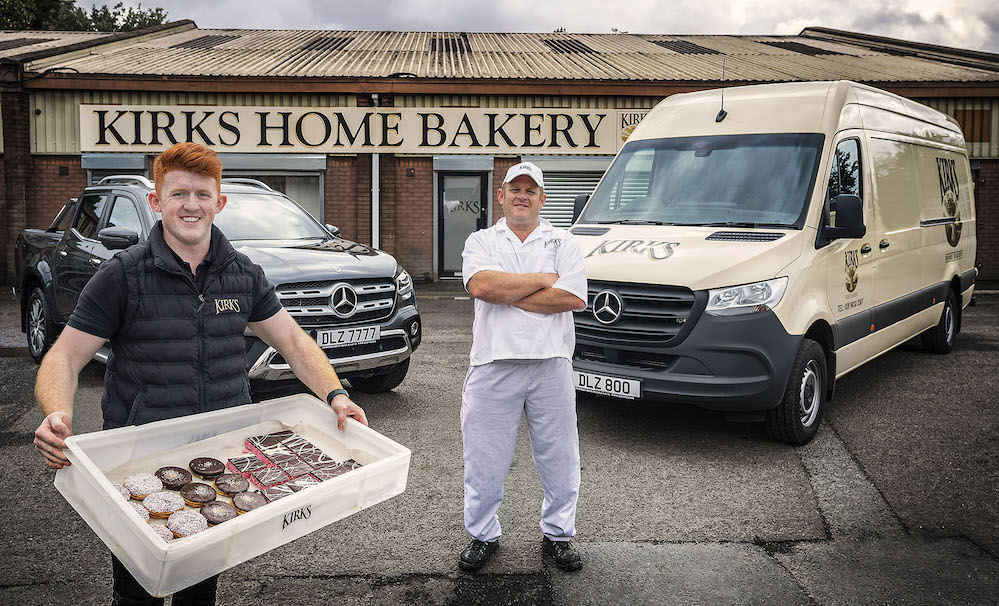 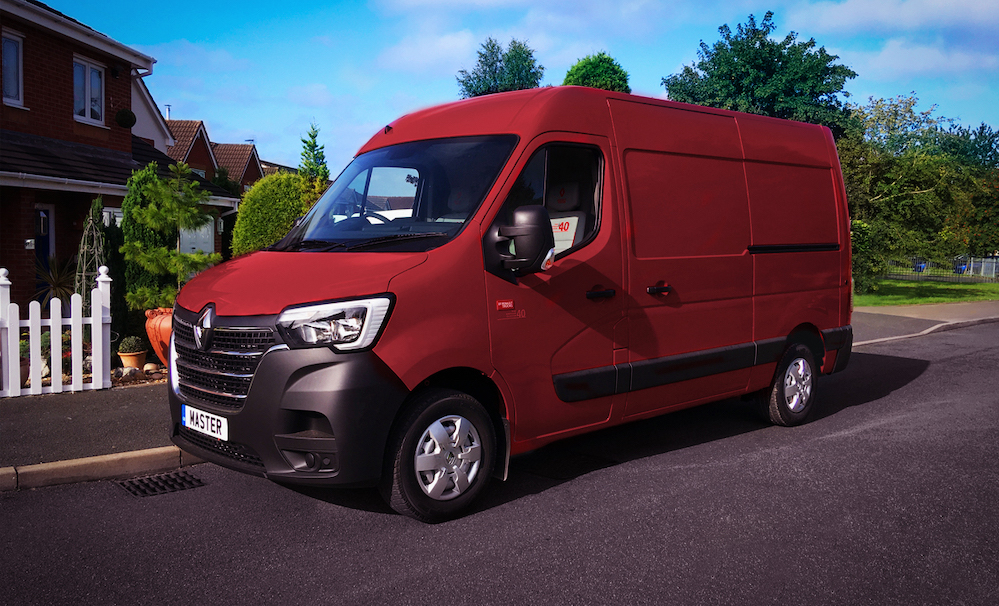