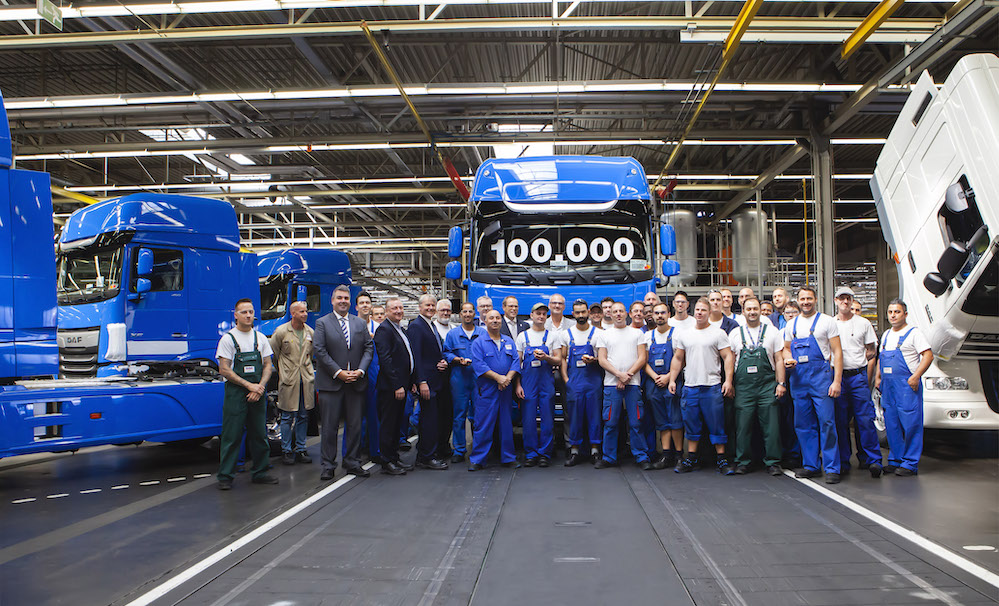 DAF Trucks in Eindhoven last week saw the completion of the 100,000th new generation CF and XF truck to roll-off the production line. Never before in the company’s history has a 100,000 series-run been reached so quickly. The 100,000th vehicle, a DAF XF 450 4×2 FT Super Space Cab, was delivered in celebratory fashion to Groep Gheys in Mol, Belgium.

The first vehicles of the current generation CF and XF have been in production since July 2017. Since then, no fewer than 100,000 units have been produced at DAF Trucks in Eindhoven and at Leyland Trucks in Great Britain.

“That we have reached this milestone so quickly is a testament to the quality and efficiency of this latest generation of trucks,” said Harry Wolters, DAF Trucks President. “Our customers praise the reliability, the fuel efficiency, the low operating costs and, not to mention, the unsurpassed driver comfort. No wonder DAF is Europe’s number 1 in tractors.”

The 100,000th truck was delivered to the Belgian Gheys Group, specializing in bulk and container transport. “We have a long history with DAF Trucks,” stated co-owner Luc Gheys, “The first truck my father started using in the mid-sixties was a DAF coach that was converted into a removal truck. Following on from my father, we have included DAF in our fleet since 2015. The experience of both the trucks and the DAF dealer, Lavrijsen, has always been excellent. That’s why we currently have around 80 DAFs in our fleet – and this year we will expand that number further with another 25.” 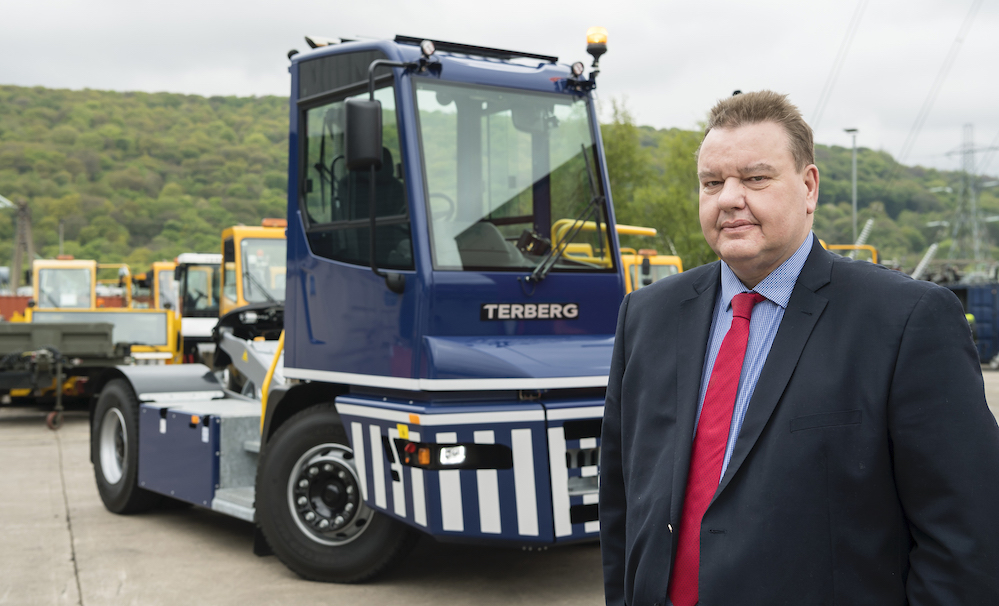 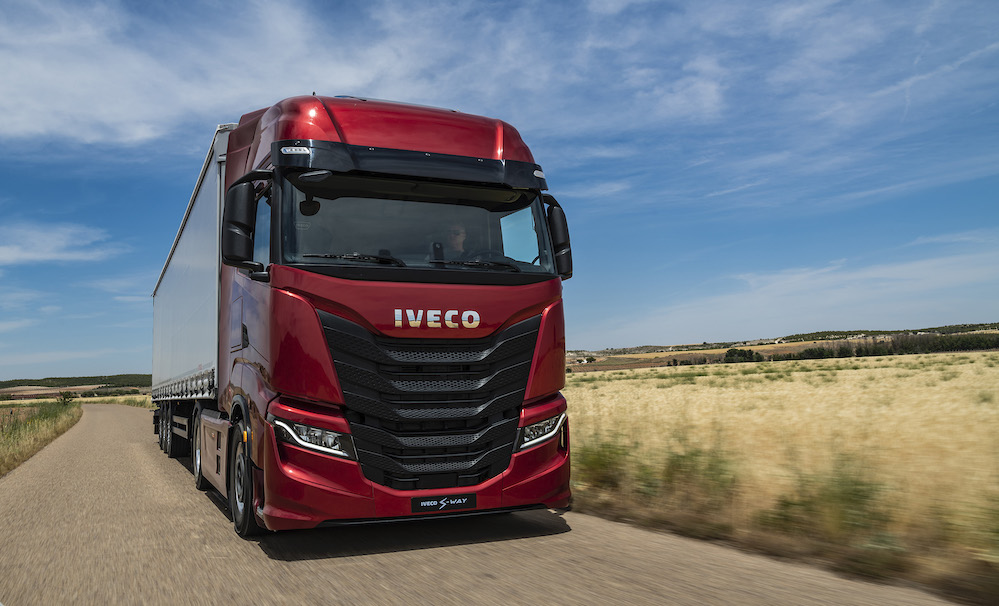 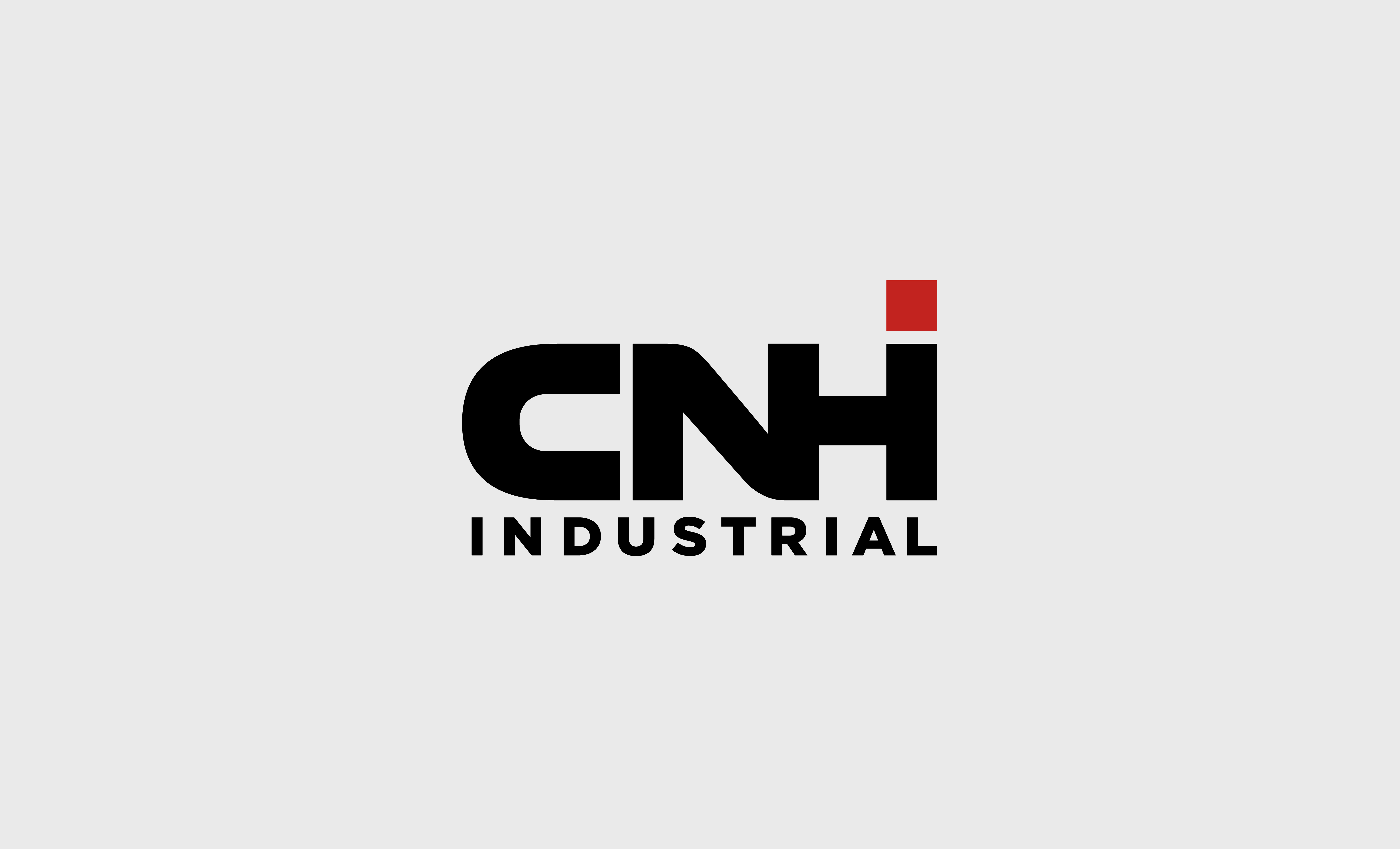