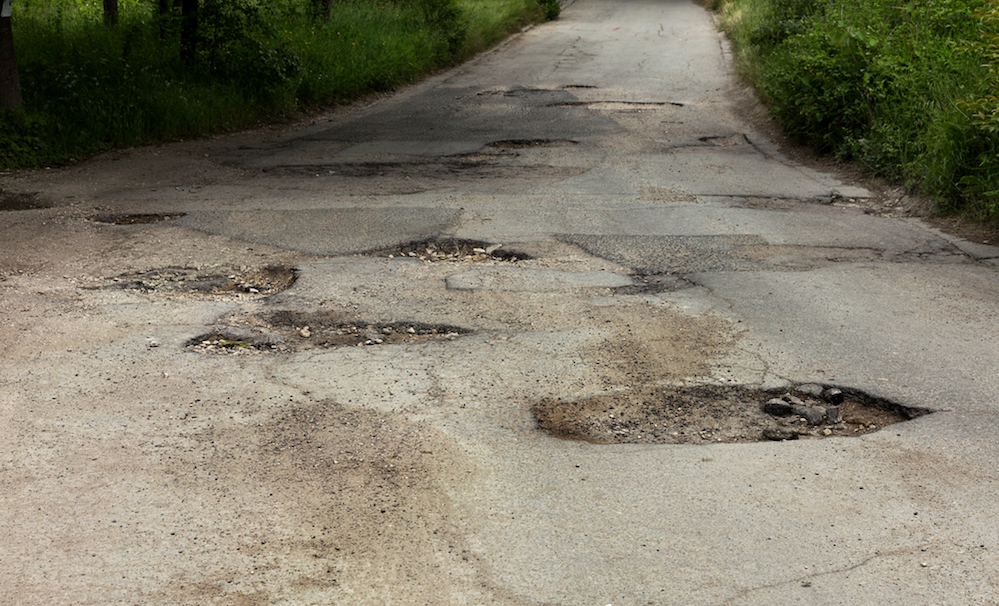 A nightmare on UK roads for most drivers: potholes! And they just won’t seem to go away. As one issue is resolved, another pops up elsewhere, especially if the results of a new report by the RAC is anything to go on.

The RAC dealt with over 6,500 breakdown jobs between January and March 2017 which were likely attributable to poor road surfaces, such as potholes. The last time that so many pothole-related breakdowns were recorded in a three-month period was in the first quarter of 2015 (almost 6,900 breakdowns were recorded then). However, in the early months of 2015, the country was subjected to more days of frost and rainfall when compared to the first three months of 2017, when the nation experienced mild and moderately dry conditions.

David Bizley, a chief engineer at the RAC, commented: “Our figures sadly show a surprising and unwelcome first quarter rise in the number of breakdowns where the poor quality of the road surface was a major factor. We had expected a figure no worse than that recorded in the first quarter of 2016 (4,026) and it is very concerning that the roads, strangely, appear to have deteriorated in a mild, comparatively dry winter.”

VW service, repairs and MOT provider Inchcape Volkswagen take a look at the current UK road situation and evaluate just how bad the UK roads are:

The following table is the top ten places of a league table of highway authorities that FillThatHole.org.uk has compiled concerning potholes. It is based on the number of road hazards which were reported to them:

This is how the top ten places of FillThatHole.org.uk’s league table looks when ranked on open reports though:

Frequency of potholes being filled in

According to the Asphalt Industry Alliance’s Annual Local Authority Road Maintenance Survey 2017, the average number of potholes filled in 2016/17 per local authority across England was 13,468. The top ten authorities ranked on fixed reports in FillThatHole.org.uk’s league table is as follows: