CNG Fuels will open the world’s largest public access biomethane refuelling station for HGVs by the end of the year near Bristol, which will allow fleet operators to run their vehicles on low-carbon fuel, support net zero plans and save money, the company announced today.

Construction has begun on the Avonmouth station, near the M4/M5 junction, and will serve the busiest freight routes in the UK. It will be capable of refuelling 80 HGVs an hour from 14 high speed dispensers and joins six existing refuelling stations already operational across the UK, enabling fleet operators to deploy low-carbon deliveries from Inverness all the way down to Cornwall.

CNG Fuels expects to open a further 14 stations by the end of 2022 in response to growing demand from household brands. Major brands that will use the station in Avonmouth to significantly reduce transport emissions include Warburtons, Farm Foods, Hermes and regional water utility company, Wessex Water.

Steven Gray, Warburtons National Transport Manager, said: “Switching our HGV fleet from diesel to biomethane will be critical for reaching our transport decarbonisation goals. CNG Fuels’ new low-carbon refuelling station in Avonmouth is perfectly situated for our distribution centres in the region and will extend the range of low-carbon deliveries we can make across the country”

100% of the fuel supplied by CNG Fuels is renewable and sustainable biomethane, approved under the Department for Transport’s Renewable Transport Fuel Obligation (RTFO) scheme. Renewable biomethane is the lowest carbon, most cost-effective alternative to diesel for HGVs – it is 35%-40% cheaper and cuts greenhouse gas emissions by 85 – 90%. From next year, CNG Fuels will dispense fully carbon neutral fuel by sourcing biomethane from manure. The gas is currently sourced from waste feedstocks, such as food waste.

HGVs account for 4.2% of UK carbon emissions[1], so decarbonising the sector is essential to meet the UK’s goal of achieving net zero by 2050. Demand for the fuel from fleet operators is already growing at around 100% per annum, with CNG Fuels forecasting this will continue to accelerate, and that by 2025 around 10% of the UK’s high-mileage HGV fleet will be running on Bio-CNG.

Philip Fjeld, CEO of CNG Fuels, said: “Avonmouth is a key site for CNG Fuels’ expansion across the UK. The site will allow companies to use low-carbon fuel for regular routes between London, the Midlands, South Wales, Cornwall and Devon. Such a strategically crucial location requires our biggest refuelling station yet. This station will enable even more fleet operators and hauliers to reduce their carbon emissions and save money.”

CNG Fuels currently operates six refuelling stations across the UK and will have 14 further stations by the end of 2022, supported by £80 million of funding from a new partnership with Foresight Group.

The station will be located in the heart of the main logistics hub in Avonmouth on the outskirts of Bristol, connecting the Midlands and London to Cornwall, Devon and South Wales.

Andy Newnes, Commercial Director of Romac Logistics said: “We’ve seen demand from our customers for greener logistics and a need to demonstrate a clear sustainability strategy as they seek to reduce their supply chain and transport emissions. CNG Fuels’ strategic network of refuelling infrastructure across the country is giving fleets the confidence to switch to biomethane – the scale of the new station in Avonmouth highlights just how rapidly the demand for cleaner, more affordable HGV fuel is growing.”

Kate Royston, Director at SevernNet said: “We welcome the arrival of CNG Fuels’ first refuelling station in the Portbury-Avonmouth-Severnside area. The site is an important step in the decarbonisation of HGV transport across the area, and will enable low carbon deliveries throughout the region and beyond”.

Sean Hill, Bioresources Manager at Wessex Water said: “We see biomethane as an excellent opportunity to reduce the carbon footprint of our haulage operations, as well as allowing us to operate more efficiently. This station, as well as others around the region, will allow a much wider uptake of CNG vehicles, which in turn will improve air quality and sustainability

CNG Fuels is currently securing supplies of biomethane derived from manure to create a fuel that will be net zero emissions on a well-to-wheel basis[i]. It expects to begin offering carbon neutral biomethane across all sites from next year at the same price as the renewable biomethane fuel it currently supplies.

Manure gives off methane, a greenhouse gas 28 times more powerful than carbon dioxide.[2] Using methane as an HGV fuel prevents it from going into the atmosphere and reduces overall emissions. The EU’s revised Renewable Energy Directive (RED II) recognises biomethane from manure as a carbon negative fuel,[3] and the UK is expected to adopt the same rules in 2022.

CNG Fuels’ strategic network of refuelling stations is also ideally placed to support battery electric and low-carbon hydrogen powered HGVs in the future and the company is consulting on how its stations can best accommodate these technologies when they become commercially viable. The Committee on Climate Change expects battery electric or hydrogen-powered HGVs to play a major role in decarbonising freight transport from 2030 onwards. 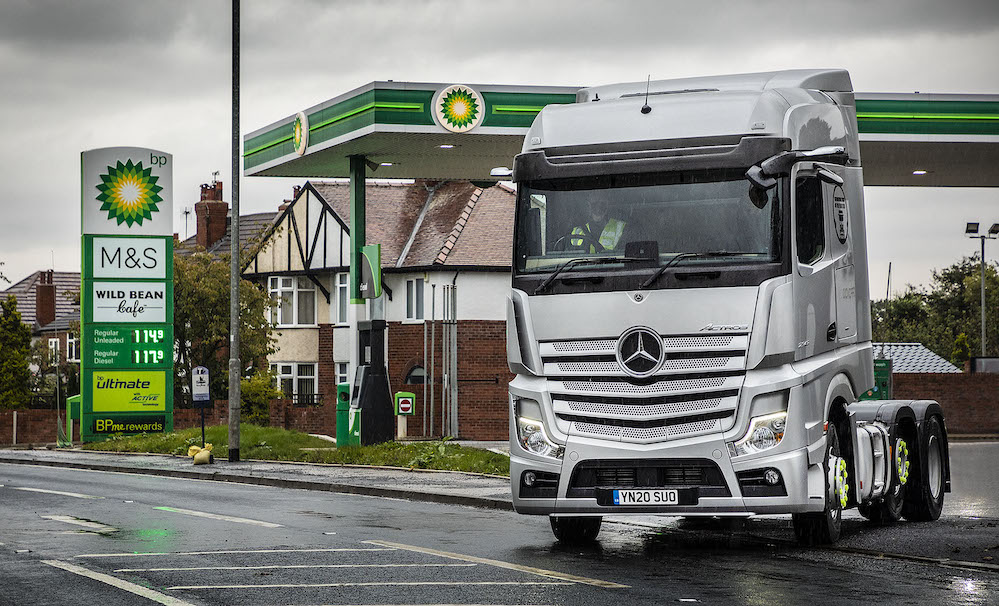