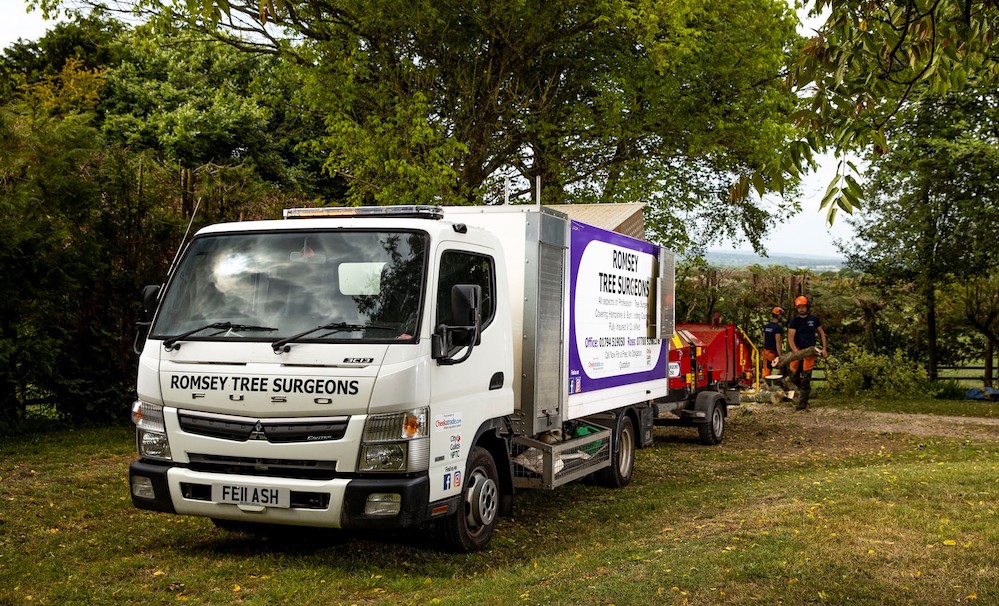 Ross Woodley won’t be turning over any new leaves when it comes to the trucks he relies upon to support his business – Romsey Tree Surgeons’ latest 3.5-tonne FUSO Canter is its sixth in a row!

Mr Woodley established his business in the Hampshire market town of Romsey in 1998, and bought his first Canter six years later. He’s been running them ever since.

Acquired with competitive funding support from Mercedes-Benz Finance, it has a high-sided tipping body by Solent Bodybuilders & Repairs, of Fareham, a roof-mounted flashing light bar, and bears the personalised registration plate, FEII ASH.

Mr Woodley explained: “I buy a new Canter every three years, and always have two at any one time – my other truck has been on the road since 2015. When they’re due for change I sell them privately. We don’t do a lot of miles but when I come to replace them I’m always impressed by their residual values.”

Romsey Tree Surgeons serves domestic and commercial customers in Hampshire, Dorset and Wiltshire. Members of its team are qualified to undertake a broad range of services, including pruning and thinning, but the firm specialises in the safe removal of trees, or parts of trees, which are large and dangerous, often as a result of storm damage.

Key to the Canter’s appeal for Mr Woodley, are the strength and rugged durability which owe much to its ladder-frame chassis. “Most of its 3.5-tonne competitors are based on vans, which simply aren’t robust enough for our operation,” he observed.

“But the Canter is a proper little truck. It’s very well built and, as we know from long experience, extremely reliable – I can honestly say that in the 15 years we’ve been running them we’ve never had a single breakdown.”

He continued: “We always send at least two but often three men out in the trucks. The Canter’s cab has three full-sized seats, so they travel in comfort and safety.

“The vehicle’s handling when carrying a full load is also totally reassuring. It sits really well on the road and has a great turning circle, because you sit right over the front wheels. That’s another important attribute when we’re on and off residential driveways, and other sites at which access is restricted.”

As it has done with Romsey Tree Surgeons’ other FUSO trucks, Solent Bodybuilders and Repairs also fabricated and installed a toolbox with locking shutter doors on both sides immediately behind the new vehicle’s cab, while a mesh-sided tray beneath the body on the nearside is used to carry signage and other equipment. The truck is also fitted with a hitch, and used to tow a wood chipper.

“They handle all of the liaison and movements with the bodybuilder, while we also utilise FUSO Service Contracts – we drop the vehicles off at the end of the day and the work’s done overnight so we’re ready to roll again next morning.”

He added: “I like my trucks to look smart because they double as mobile advertisements for the business. We’ve picked up quite a few jobs over the years, from people who’ve seen us out and about, and followed up with a phone call.” 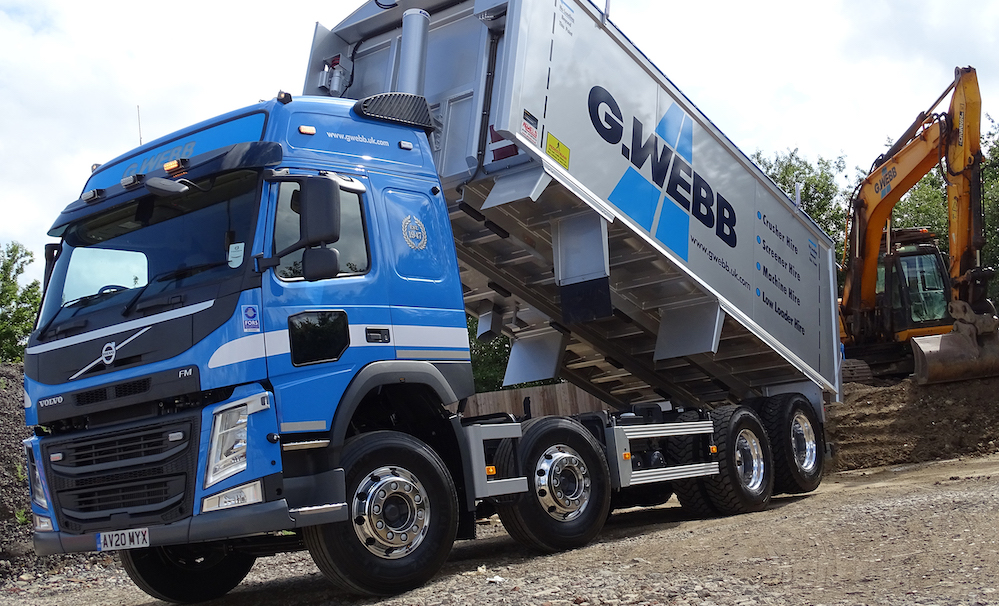 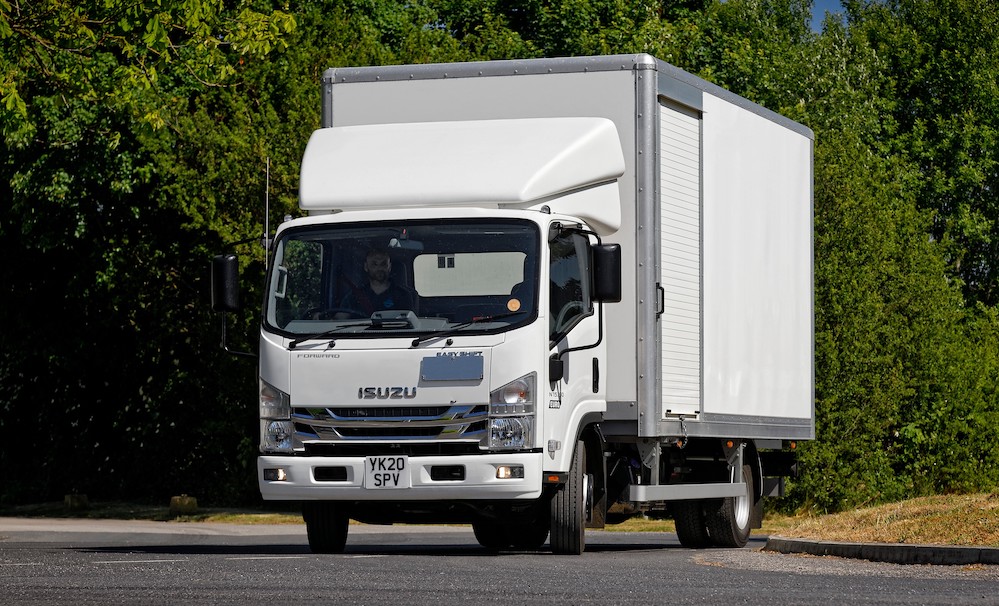 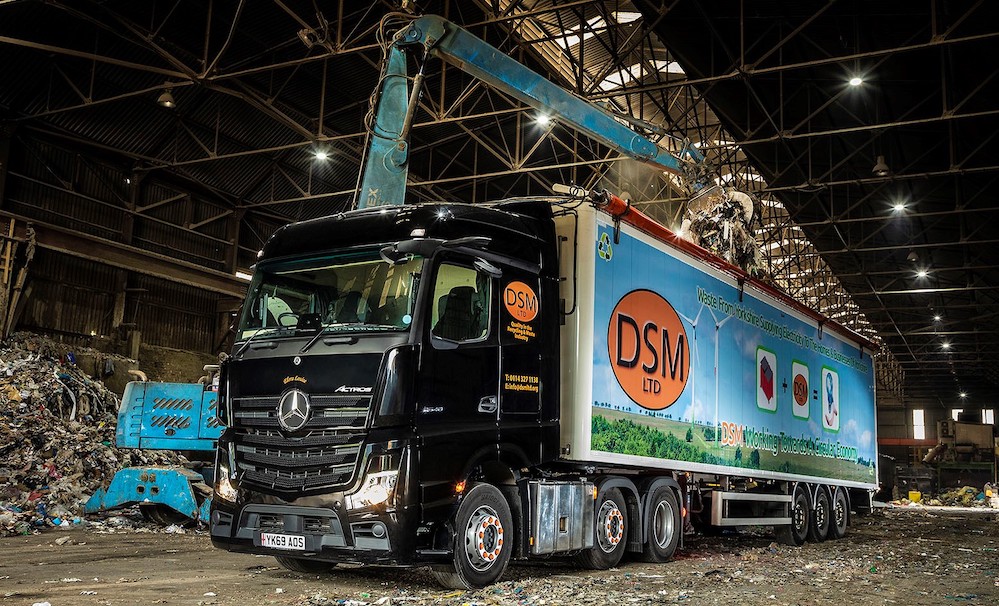