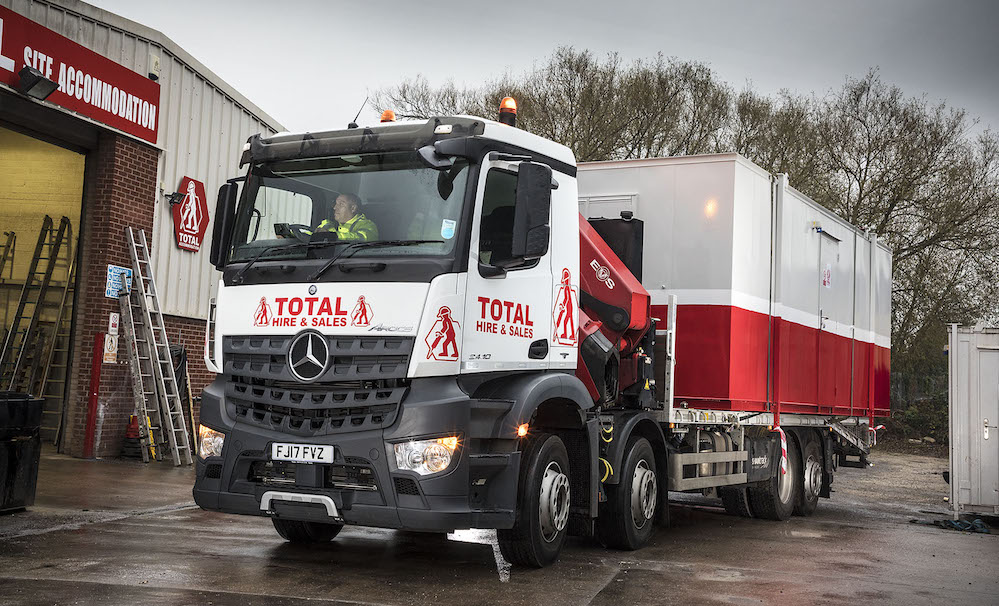 Total Hire & Sales takes pride in the versatility of the tools, plant, powered access equipment and temporary site accommodation it offers customers, and has ensured its latest Mercedes-Benz truck is every bit as capable.

Purpose-built to fulfil roles for which most operators typically use two vehicles, the Midlands company’s new eight-wheeler was supplied by Dealer Mertrux Truck & Van.

The muscular Arocs 3440 has a platform body with folding ‘cheese wedge’ ramps, a combination favoured by many in the plant industry for transporting wheeled and tracked machinery, which was built by Shawtrack Services, of Mansfield.

Positioned immediately behind the truck’s ClassicSpace M-cab, a 50 tonne-metre HMF EVS 5020-K6 crane is used to lift and place portable office buildings weighing anything up to eight tonnes, as well as access equipment. Recommended by Shawtrack, it is capable of lifting 9,270 kg at a distance of 4.7 metres, and 2,150 kg when fully extended at 16.7 metres.

Crucially, although the Derby-based plant and tool hire specialist needed the carrying capacity of a 32-tonner, the fact that the vehicle will rarely venture off-road, and certainly not onto particularly rough ground, meant a conventional double-drive configuration was not required.

The Arocs was therefore specified with a single drive axle. The result is a saving of approximately 600 kg in weight, which translates into a useful increase in payload capacity, and improved fuel economy from the advanced 290 kW (394 hp) straight-six engine.

As the back axle is not driven Mertrux could order the chassis with a rear-steer set-up, which significantly enhances manoeuvrability in tight spots. This axle can also be lifted when the truck is running light, reducing tyre wear.

Established in 1999 and supplying both trade and the general public, Total Hire & Sales operates from headquarters in Derby. It also has a training centre and two more branches in the city, and others in Huthwaite, Ripley, Somercotes and Birmingham.

Its new flagship has replaced an ageing eight-wheeler by another manufacturer. It is the subject of a contract hire agreement with Pentagon Vehicle Rentals, a ‘sister’ company to Mertrux, and is now working alongside a 26-tonne Arocs with beavertail plant body.

“We commissioned that vehicle in 2015 and it has performed flawlessly,” confirmed Total Hire & Sales Operations Director Andy Hickingbottom. “Given this very positive experience, and our desire to present a consistent, high-quality image, we decided to also base the bigger truck on a Mercedes-Benz chassis.”

Mr Hickingbottom and his colleagues held a series of meetings with Mertrux Truck Sales Executive Mark Sheppard and representatives of Shawtrack Services, which was awarded Qualified Partner status by Mercedes-Benz Trucks earlier this year.

“We put in a lot of hard work and went through every aspect of the vehicle’s design in fine detail,” he recalled. “It was time well spent, though, because we’re now running a truck which, as well as ticking every box in terms of its capability, also looks fantastic. In fact, it’s the perfect tool for its different jobs.”

The Arocs is based at Total Hire & Sales’ dedicated site accommodation branch in Little Eaton, Derby – in addition to cabins up to 24 ft long, the firm’s portfolio includes canteens and welfare facilities.

Like its predecessor, the new vehicle is being inspected and serviced at Mertrux Truck & Van’s workshop on the West Meadows Industrial Estate, just four miles away. “The Dealer’s customer-focused after sales support was also key to our decision to invest in another Mercedes-Benz,” explained Mr Hickingbottom.

“That truck does not stop from 6.30am until 5pm, so any downtime during the day is costing us money. We have struggled over the years, though, to find a reliable garage which remains open out of hours.

“But maintenance is no longer a problem, because Mertrux give us great service. We can drop off our vehicles at night then pick them up again the next morning – the work has always been done, and to a very high standard.”

He added: “We’re really pleased with the Arocs. The contract hire deal was extremely competitive and we’re now running a superb piece of engineering which comes with brilliant back-up and doubles as an eye-catching mobile advertisement for our business.” 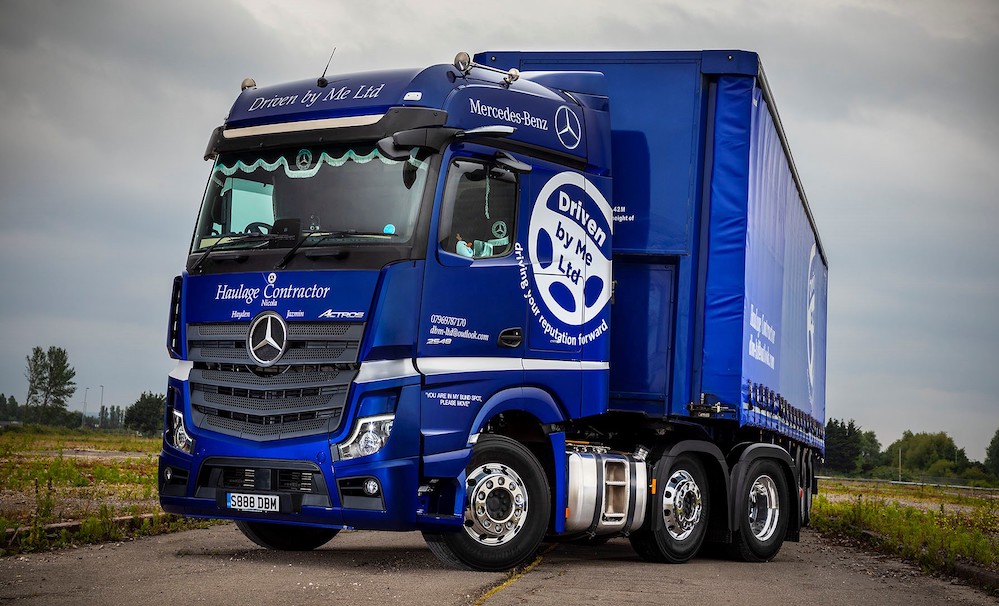 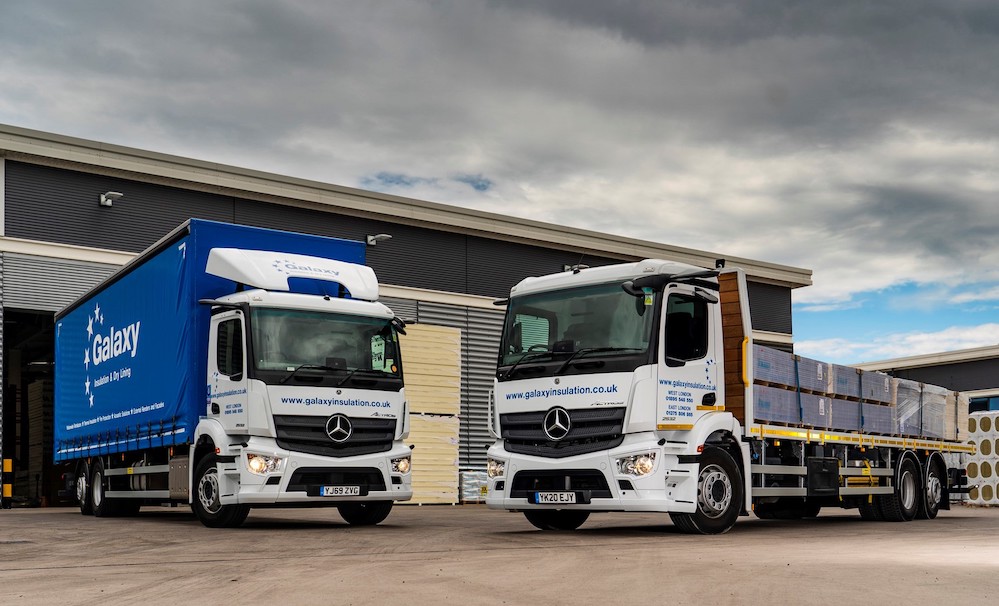 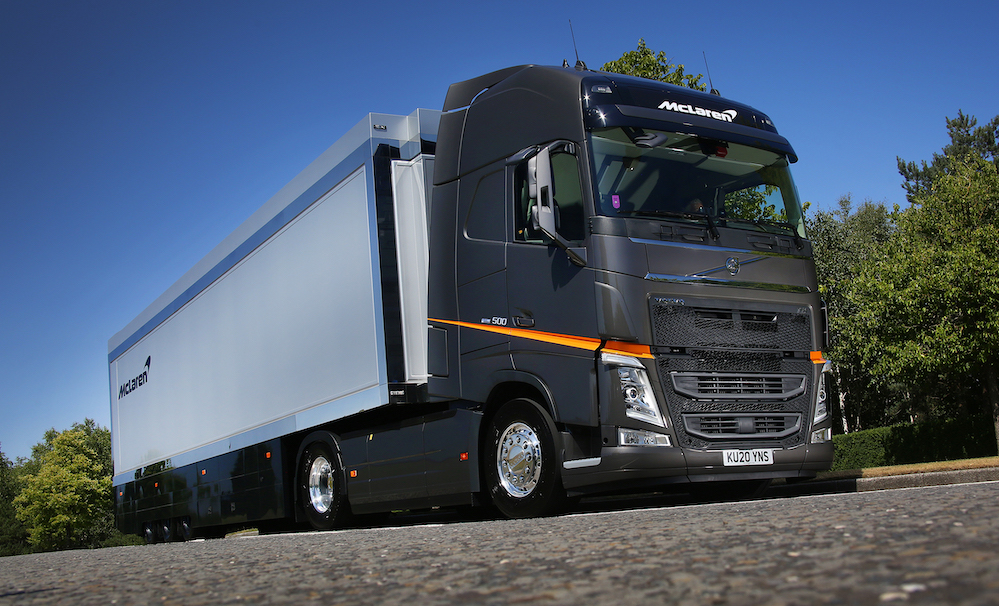