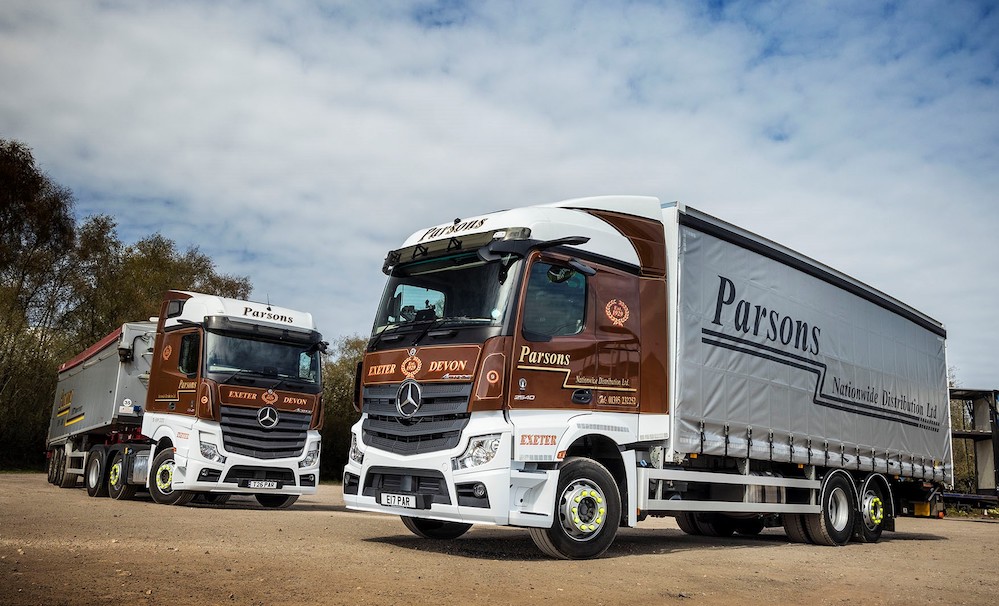 So impressed is Exeter-based Parsons Nationwide Distribution with the safety and efficiency of its latest-generation Mercedes-Benz Actros tractor units that it has just commissioned its first rigid truck bearing the three-pointed star.

The 2540 L model has a 2.3m-wide StreamSpace cab and a 10.7-litre in-line six-cylinder engine that produces 290 kW (394 hp). Its reinforced curtainside body is by TWR Commercial Bodybuilders, of Cullompton, which also fitted a tuckaway tail-lift with 2.0-tonne capacity.

Parsons Nationwide Distribution offers a broad portfolio of transport, distribution and storage services. It has been running Mercedes-Benz tractor units since 2000, and Actros since 2010, but until now has always favoured Swedish-built trucks at lower gross weights.

City West Commercials’ Truck Sales Executive Richard Smith is also due next month to supply Parsons with a Mercedes-Benz Atego 12-tonner, which is currently being fitted with its curtainside body by AG Bracey, in Bristol.

The family-owned operator became one of the first UK customers for the fifth-generation Actros range when it acquired a single vehicle in 2018. Shortly before its new six-wheeler entered service, the Dealer delivered a pair of 330 kW (450 hp) Actros 2545 BigSpace tractor units, one of which is fitted with a PTO (power take-off) for work with a tipping trailer.

The Pallet Track network member also added two Actros tractor units last year, and Mercedes-Benz now accounts for nine of the vehicles on its mixed-marque fleet of 53 trucks. Although most are tractor units, the line-up includes 20 rigids at 7.5-32 tonnes GVW.

Transport Manager Paul Collin declared: “The Actros blows its competitors out of the water when it comes to safety and driver comfort, while it’s also ahead on fuel economy – after a year on the road the mpg figures are always in the 10s and sometimes the 11s, whereas our Swedish tractors are in the 8s. This explains why we’re only buying Mercedes-Benz trucks right now.”

Parsons purchased its first MirrorCam-equipped tractor unit after Mr Collin and a colleague were hosted by City West Commercials on a visit to the Mercedes-Benz Trucks UK complex at Wentworth Park, near Barnsley.

MirrorCam’s rear-facing cameras relay images to screens mounted inside the cab, on the A-pillars. Not only does the system provide drivers with significantly better rear visibility, but the absence of conventional mirrors means it also eliminates large, forward-facing blind spots, thus increasing safety for vulnerable road users.

“Our drivers have really taken to MirrorCam, to the extent that we’d now struggle to persuade those who’ve tried it to drive anything other than a Mercedes-Benz,” said Mr Collin. “They particularly like the way the cameras follow the back of the trailer, which make it so much easier to see what’s going on when they’re reversing.”

The radical Multimedia Cockpit helps to ensure that the driving experience is as comfortable and engaging as possible. Stylish in appearance, it features twoscreens and brings connectivity and intuitive operation to the fore via a new Truck Data Centre which permanently connects the truck with the Cloud.

The enhanced interactive version as specified by Parsons incorporates a bigger, 12in instrument panel and offers extra features, including navigation, Traffic Sign Assist, and the Mercedes-Benz TruckApp Portal. “The dashboard is another big success,” reported Mr Collin. “Even the older guys have taken to the new screens, which are easy to use and look great.”

Where previous iterations of Mercedes-Benz Trucks’ emergency braking system relied solely on radar, the addition of a camera provides Active Brake Assist 5 with improved pedestrian recognition capability. And improved Predictive Powertrain Control – which uses 3D GPS mapping to ‘read’ the road ahead, then responds by managing speed, braking and the transmission to maximise fuel efficiency – covers virtually all A roads and many B roads, and takes account not only of topography but also of corners, roundabouts, junctions and traffic signs.

Parsons Nationwide Distribution can trace its roots back to 1929, when Robert John Parsons set up in business with a single cattle transporter. Today, his grand-daughter Noreen Hoskin is its Managing Director, and her children Winston and Nicola are co-Directors.

The company runs a workshop at its headquarters site on the Aylesbeare Common Business Park. For their first three years on the road, however, its Actros are inspected and maintained under Mercedes-Benz Complete Service Contracts at the purpose-built facility in Woodbury Salterton, Exeter, that City West Commercials opened in 2018. “We’re getting a very good service from the Dealer’s team down there,” confirmed Paul Collin. 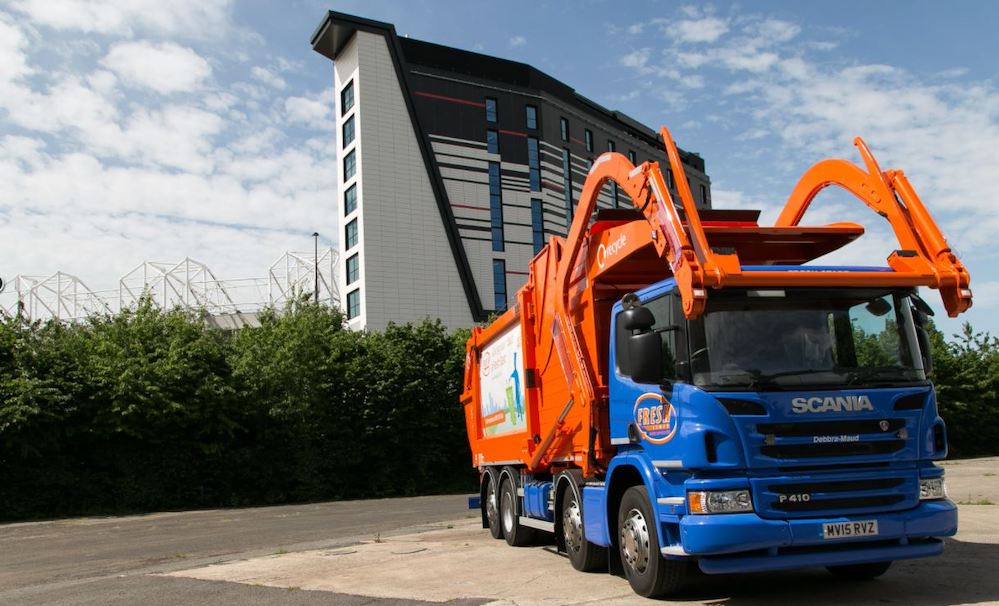 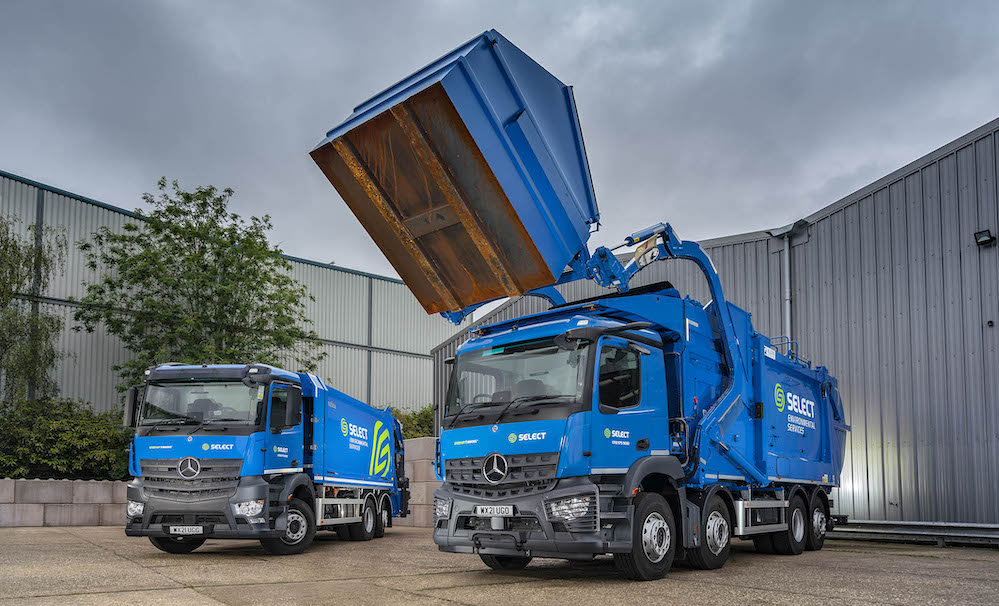 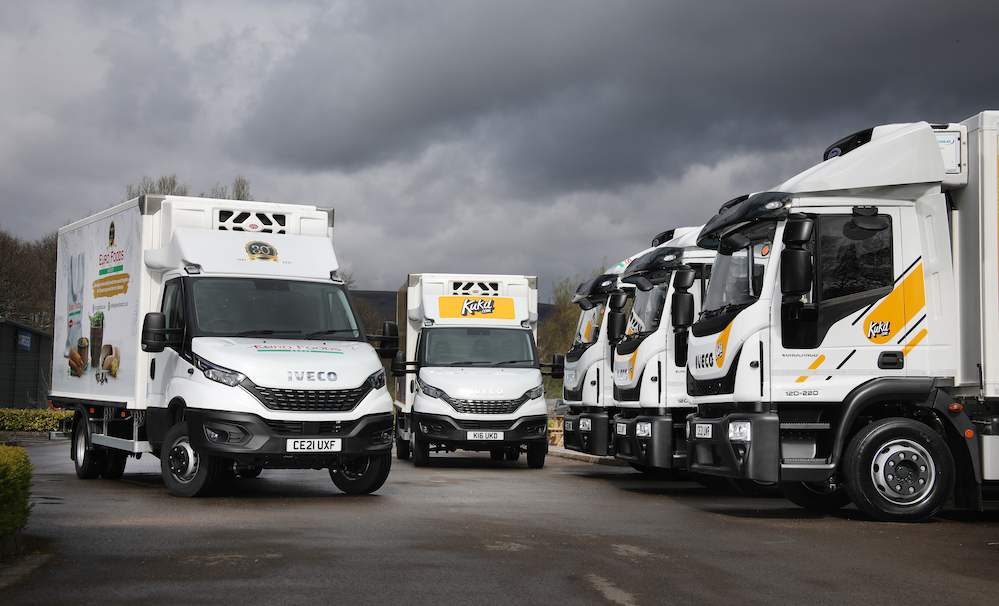