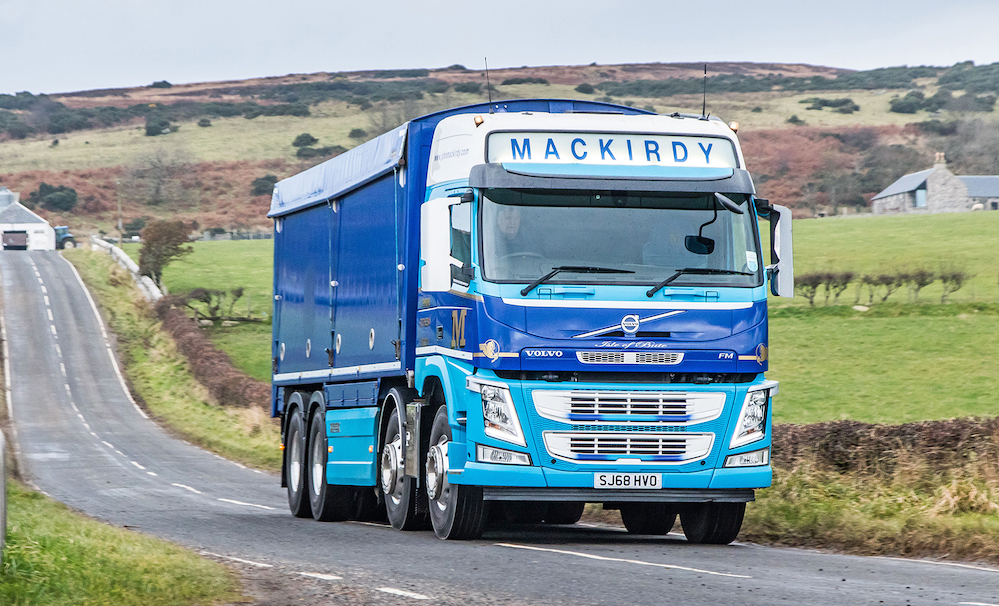 Supplied by Robert Auld, Transport Solutions Executive at Volvo Truck and Bus Centre North & Scotland, the 5.6m wheelbase 8×4 FM is powered by a 410hp D11K engine. The I-Shift gearbox drives tandem single reduction axles with a final drive ratio of 3.09:1. “The I-Shift gearbox has been a revelation. I picked the truck up from bodybuilders Muldoon Transport Systems in Dungannon, County Tyrone and then drove it home empty. During that run I was perhaps a little nonplussed about the gearbox, until I drove the FM fully loaded. Then the I-Shift’s performance was exceptional and I was amazed at how well set up the system is,” John recalls.

The FM rigid has a payload of 18 tonnes and was ordered with a Globetrotter Cab featuring a One Bed Resting package. The truck will be serviced at Volvo Truck and Bus Centre North & Scotland’s Glasgow West dealerpoint, whilst its six weekly inspections will be carried out in-house at John Mackirdy Ltd’s workshop.

John Continues, “We intend to retain the Volvo FM for ten years, it’s just too good to sell after five. The truck will complement our pair of tri-axle bulk artic trailers that are used on animal feed deliveries for several Scottish islands. We collect the feedstuffs from mainland producers or King George VI docks in Glasgow and then distribute as required. We’ve used Volvo trucks since 1974, when my Father took delivery of a F86 4×2 tractor unit. We still have a 20-year-old Volvo FLC 7.5 tonner on the fleet for local deliveries. 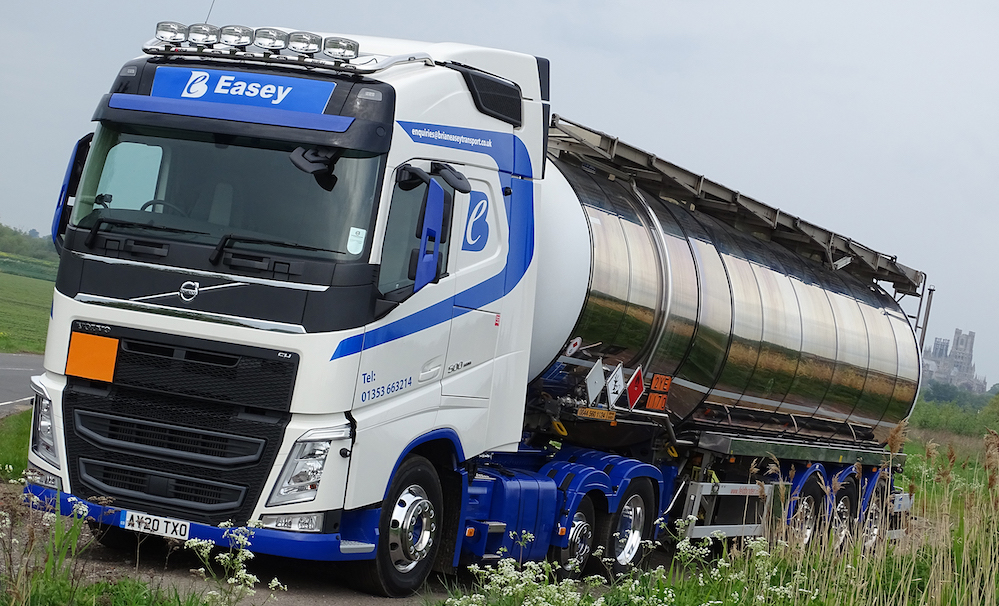 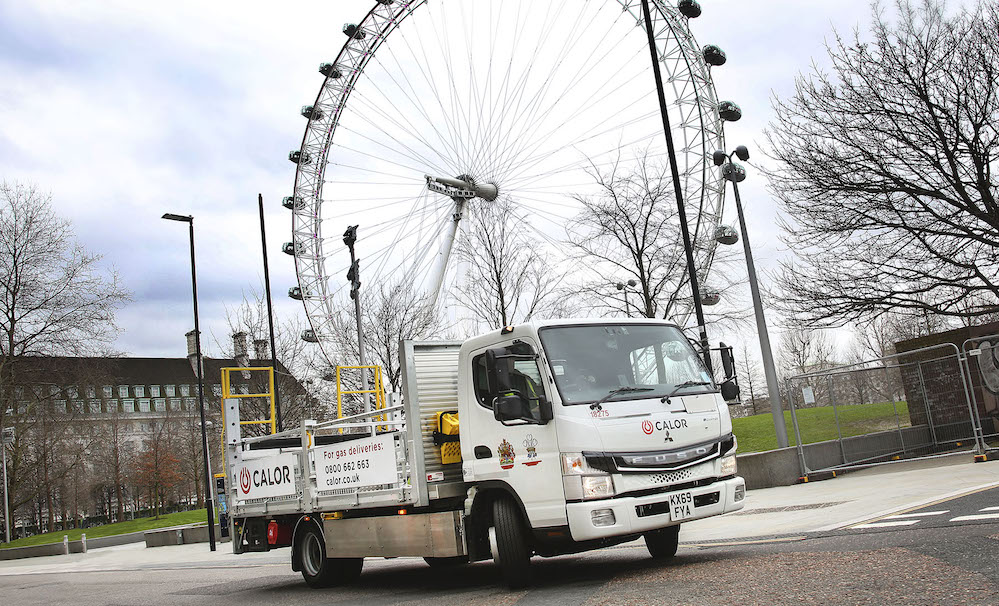 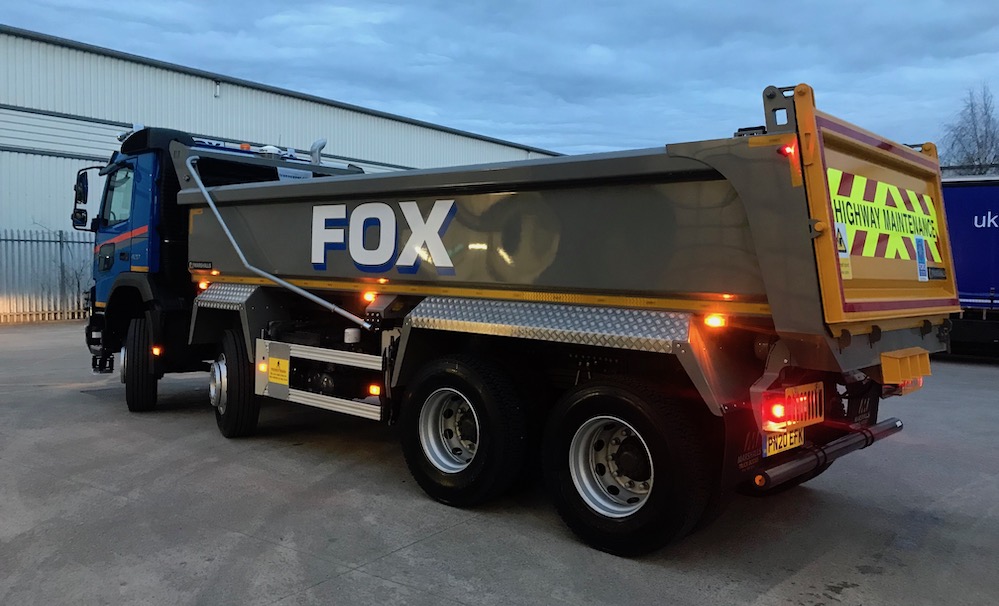