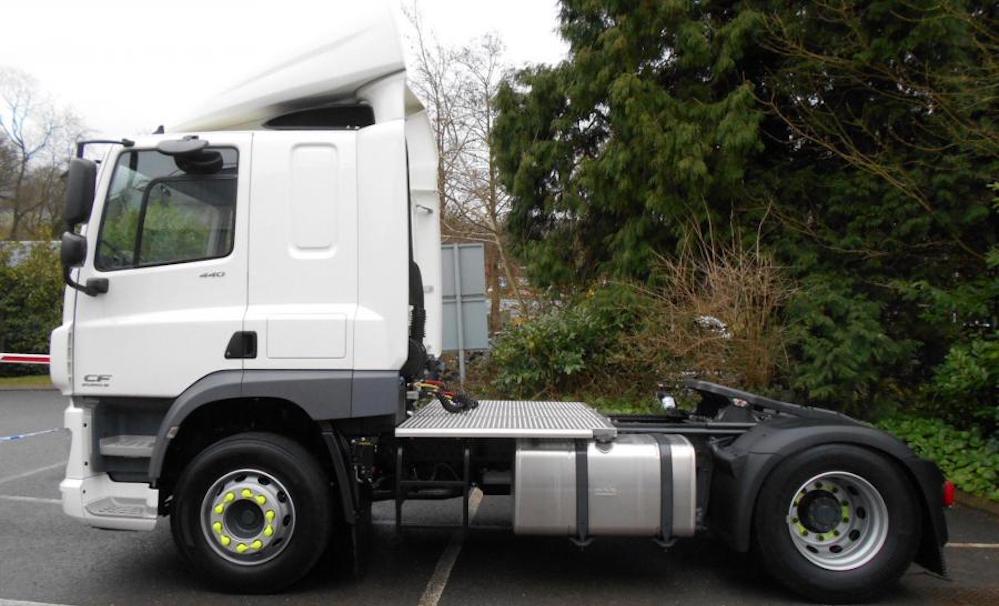 An unmarked HGV cab is taking to the road for the final time after catching over 5,000 careless drivers in the past three years.

The cab has travelled 99,000 miles on motorways and major A roads since the safety initiative began, spotting an average of one driving offence every 16 miles.

Highways England is now funding three new HGV ‘supercabs’ after the single cab, which has been used by police forces across the country, stopped a total of 5,408 drivers in relation to 6,257 offences.

Greater Manchester Police was one of the first police forces to use the cab when it was introduced in April 2015, and will be the final force to use it before a new dedicated cab for the North goes on patrol from next month.

New footage has also been released, filmed by Greater Manchester Police officers using the cab last week, which shows a lorry driver making notes on an A4 pad while travelling along the M6 near the junction with the M62.

We began the HGV cab initiative three years ago as part of the work we’re doing to improve safety on motorways and major A roads, and we’ve been impressed by the impact it’s had.

Police officers have pulled over more than 5,000 drivers for offences which could have resulted in serious collisions, either because road users have got into bad habits or are simply ignoring the law.

We’ve found that the vast majority of drivers are sensible behind the wheel but some are putting themselves and others at risk, so we’ve therefore decided to fund three new HGV cabs to continue to improve road safety.

The three new ‘supercabs’ will patrol motorways and main trunk roads across England, and have been fitted with wide-angle cameras to capture unsafe driving behaviour.

They also have a derestricted speed limiter which means they can travel at speeds up to the national speed limit, and flashing lights have been installed for use by police forces in an emergency.

The cabs allow police officers to film evidence of unsafe driving behaviour by pulling up alongside vehicles. Drivers are then pulled over by police cars following behind.

The use of the HGV cab as part of Operation Tramline has been a huge success across Greater Manchester over the last three years.

The ‘supercabs’ will be a welcome addition and are crucial in raising continued awareness of a driver’s responsibilities, improving road safety and more importantly reducing road casualties.

In total, 28 police forces have taken part in the HGV cab safety initiative in its first three years. Over half of the drivers who were stopped were illegally using a mobile phone while driving, despite the latest statistics showing that mobile phone use is a factor in an average of two deaths on the roads every month.

One driver pulled over by Devon and Cornwall Police was found to have sent 10 replies to 10 texts within one hour; a driver in Surrey was seen trying to put toothpaste on a toothbrush; and a driver in the East Midlands was spotted steering with his knees while he ate his lunch and used his mobile phone.

Last year, the government doubled the penalty for drivers caught using their phones at the wheel. Motorists now receive 6 points on their licence and a £200 fine – up from the previous 3 points and £100 fine.

Find out more details about the law on mobile phone use.