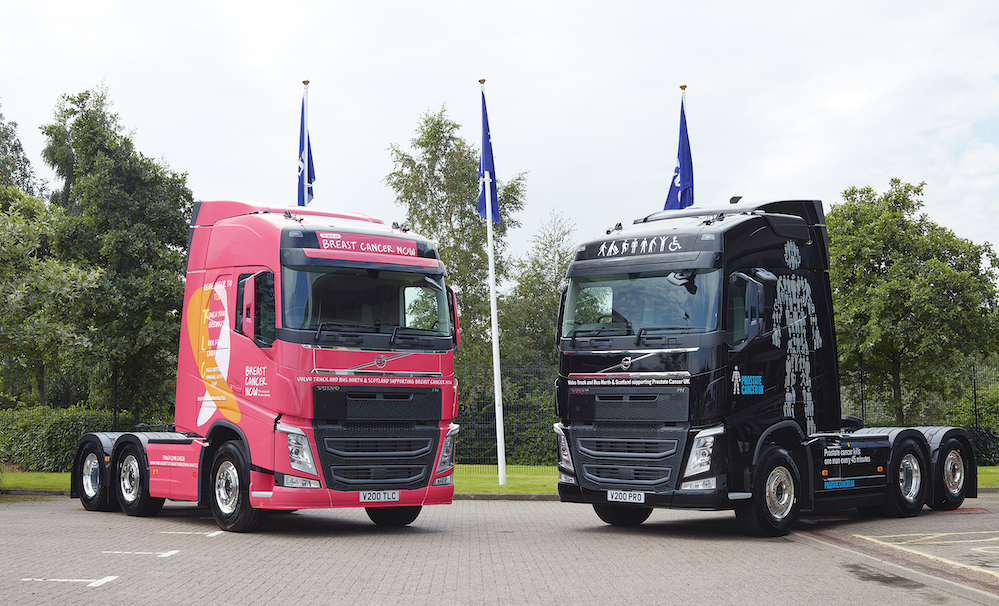 Every customer that takes one of the hi-spec FH Globetrotter XL tractor units – one decked out in pink for Breast Cancer Now and one in black for Prostate Cancer UK – will be asked to make a minimum donation of £100 per week to the cause.

The idea was the brainchild of Volvo Truck and Bus Centre North & Scotland, Sales Director, Bobby Brown. He says: “Six or seven months ago we decided to put on two new turbo compound demonstrators and we wanted to do something a bit different with them. So, I came up with the idea to have one painted black and one pink to try and raise money for these cancer charities.

“I got in touch with both organisations and they both thought it was a great idea. The reality is not many of us are going to be fortunate enough not to be touched by this horrible disease at some point in our lives.”

The livery was designed by AST Signs, in Cumbria, and the catwalks were painted by Alan Dougan, from Auchterarder, who donated his fee to the charities.

Volvo Trucks provides complete transport solutions for professional and demanding customers, offering a full range of medium to heavy duty trucks. Customer support is secured via a global network of dealers with 2,100 service points in more than 130 countries. Volvo trucks are assembled in 14 countries across the globe. In 2019 approximately 131,000 Volvo trucks were delivered worldwide. Volvo Trucks is part of Volvo Group, one of the world’s leading manufacturers of trucks, buses, construction equipment and marine and industrial engines. The Group also provides complete solutions for financing and service. Volvo Trucks ́ work is based on the core values of quality, safety and environmental care.

“We’ve committed to raise at least £5,000 per year, although I think it will be closer to £10,000” says Brown. “But for me, it’s more about the awareness the trucks can raise by running up and down the road. We wanted to have one female charity and one male, and these are both cancers that can be cured if caught early, so we felt they were the ideal choices. If someone who sees the trucks checks themselves, when they might not have otherwise, and we can save even one life that would be just fantastic.”

Volvo’s FH with I-Save models are the most fuel-efficient 44-tonne tractor units in its range – combining the D13TC Euro-6 Step D engine with turbo-compounding and updated fuel-efficiency features. The technology lets the truck drive at lower revs and a higher gear for a longer time – contributing to a smoother, quieter and more fuel-efficient journey.

The black Prostate Cancer UK truck is an FH 500 and the pink Breast Cancer Now vehicle is powered by a 460 hp engine. Enquiries from customers throughout Scotland and the north of England have already been flooding in, all of whom are keen to sample the benefits of the trucks while helping to raise money for the two charities at the same time.

“One will start at top end of Scotland, in Inverness, and the other one in Newcastle. They will go round our 12 depots and do a bit of a tour,” says Brown. “We’ll be doing different things like coffee mornings at the various depots too, to try and raise as much as possible. We’ve already had a lot of interest from customers saying they think it’s a great idea. We’re hoping it’s going to be a successful initiative.”

To make an enquiry about the demonstrator trucks, visit: 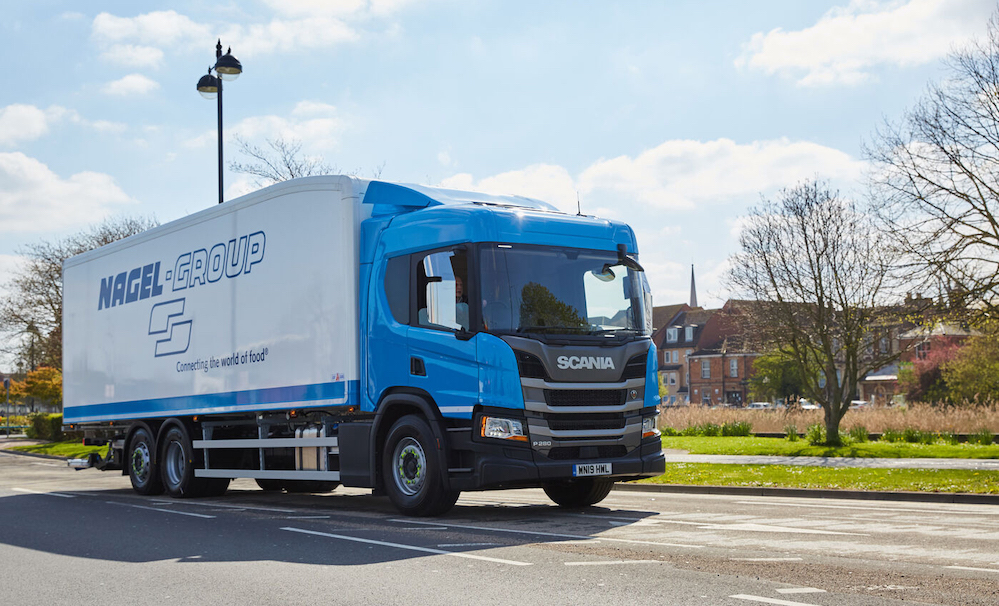 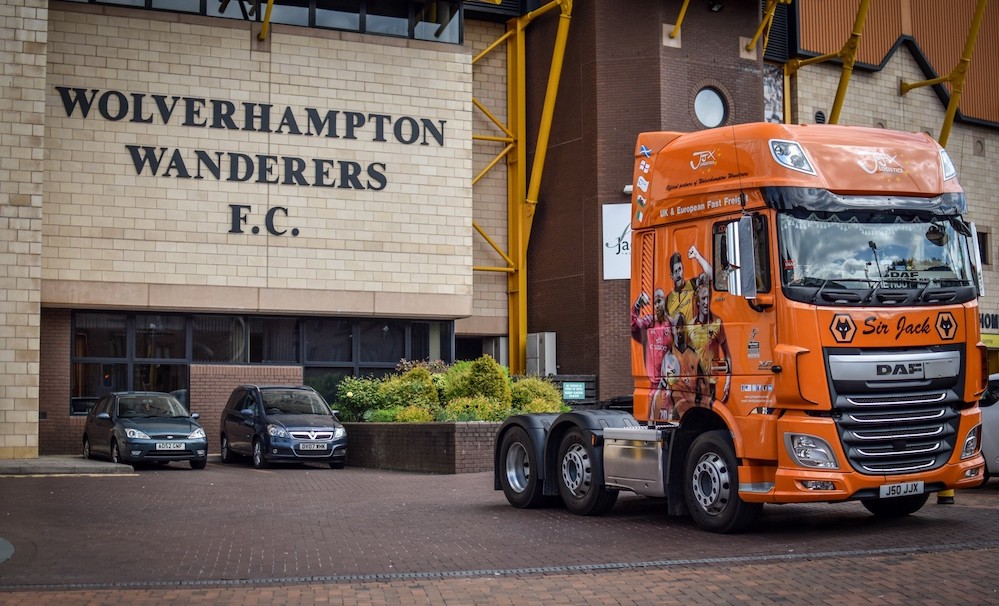