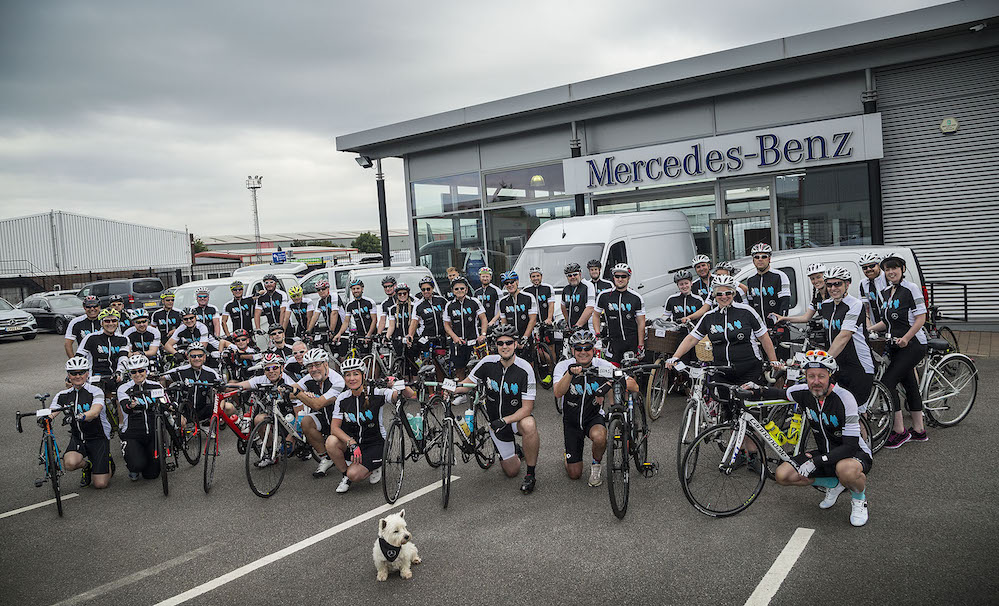 Big-hearted colleagues from Mercedes-Benz Vans swapped four wheels for two when they joined a charity cycle ride from Manchester to Blackpool.

Sunday’s (9 July) 60-mile challenge was organised by The Christie cancer charity, but the Mercedes-Benz contingent, which also included Dealer staff and guest riders, rode to fund research aimed at finding a cure for Parkinson’s.

They set out with a target of £10,000 – two days later the total was approaching £12,000, and the cash was still rolling in. The manufacturer had also pledged to contribute a further £1,000 after undertaking to pay a £1 for every mile ridden on a static bike by guests attending the recent Mercedes-Benz VanExperience Live event.

More than 50 cyclists of all standards and from all levels of the business gathered at the Trafford Park branch of north-west Dealer Roanza Truck & Van, before riding the short distance to the start line outside the Imperial War Museum on Salford Quays.

Among them were Managing Director Steve Bridge and fellow members of the Mercedes-Benz Vans UK Board, and three Dealer Principals from its official franchised network. The route took the cyclists along scenic Lancashire lanes before finishing on Blackpool’s South Promenade.

Leading the team home were ‘elite’ riders Jon Divers, the Dealer Principal at Midlands Truck & Van; Tim Ward, former Managing Director of reigning Mercedes-Benz Vans Retailer of the Year Northside Truck & Van and now Chief Executive of its parent company SAH Group; and Mark Hamilton, Leasing & Strategic Account Manager for the manufacturer. They completed the route in less than three-and-a-quarter hours, despite having to stop at numerous sets of traffic lights.

Rather than competition, though, this event was all about camaraderie and the cause. It was the first to be organised by Mercedes-Benz Vans’ newly-formed Charity Committee, whose members elected to raise funds for Parkinson’s UK as a tribute to long-serving sales executive Mike Nicklin – he is suffering from the condition but still working from Roanza’s Stoke-on-Trent branch.

District Manager and Committee member Liz Verwey, who took part in last year’s ride and played a key role in organising the Mercedes-Benz Vans entry this time around, has also lost a relative to Parkinson’s in recent years, as has Steve Bridge.

Sarah Green, North West Regional Fundraiser for Parkinson’s UK, was there at the start on Sunday to wave the riders off. “What a fantastic effort!” she declared. “We rely 100% on charitable donations to fund our vital work, and are therefore hugely grateful to the Mercedes-Benz Vans team for their magnificent support.”

“We were certainly raising money for a very good cause, but it was also a great day out,” enthused Steve Bridge. “I particularly liked the way everyone joined in together. There was no ‘them and us’, so you had colleagues from Mercedes-Benz headquarters riding alongside staff from different dealerships, as well as technicians, administrators and sales trainees rubbing shoulders with their bosses. You’d never have guessed, though, because everyone was equal on the day.”

Like Roanza, Ciceley Commercials was particularly well represented, with Dealer Principal Mike Lewis heading his team, while those riding as guests of Mercedes-Benz Vans included Mark Cartwright, who runs the Van Excellence programme at the Freight Transport Association.

Ted Hayton, Managing Director of Newmarket-based coast-to-coast cycling event specialist Continental Drifting, rode with Van Sales Director James Russell and his colleague David Mann from East Anglia’s Orwell Truck & Van. Ted wrote immediately afterwards to thank the Dealer for his invitation. “Since our first contact… our experience has been one of inclusion and an attention to detail rarely seen in larger organisations,” he said. “We were recommended Mercedes-Benz Vito vans for our cycling tour support vehicles and I can assure you we will not be going anywhere else.”

Liz Verwey said: “We have a great team spirit and work ethic on the Charity Committee. Not everyone would want to give up their Sunday, so it was wonderful to be able to bring together so many people from different parts of the business, along with customers, suppliers and others, and to see them all working together towards the same goal.” 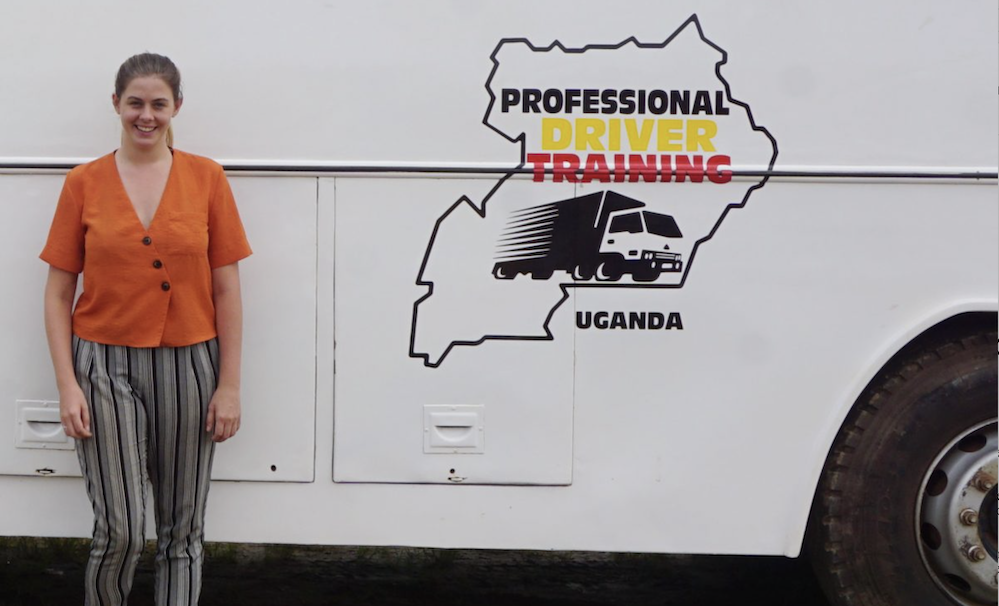 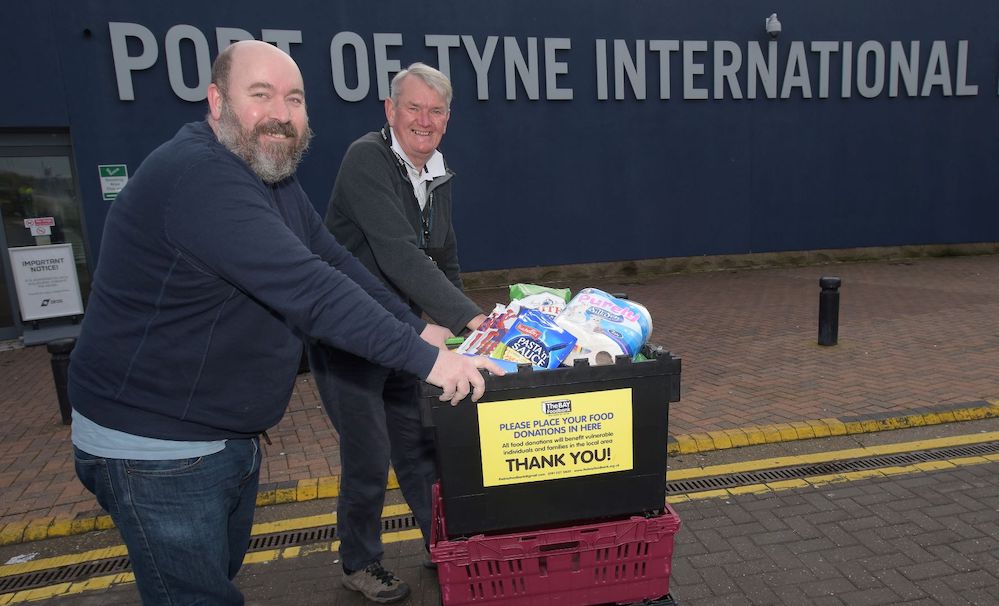 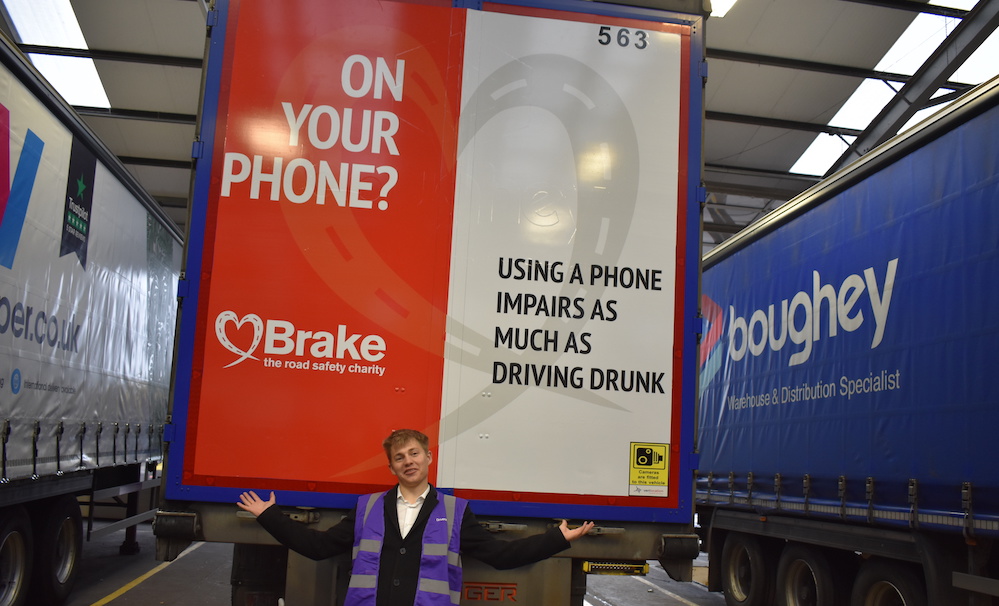